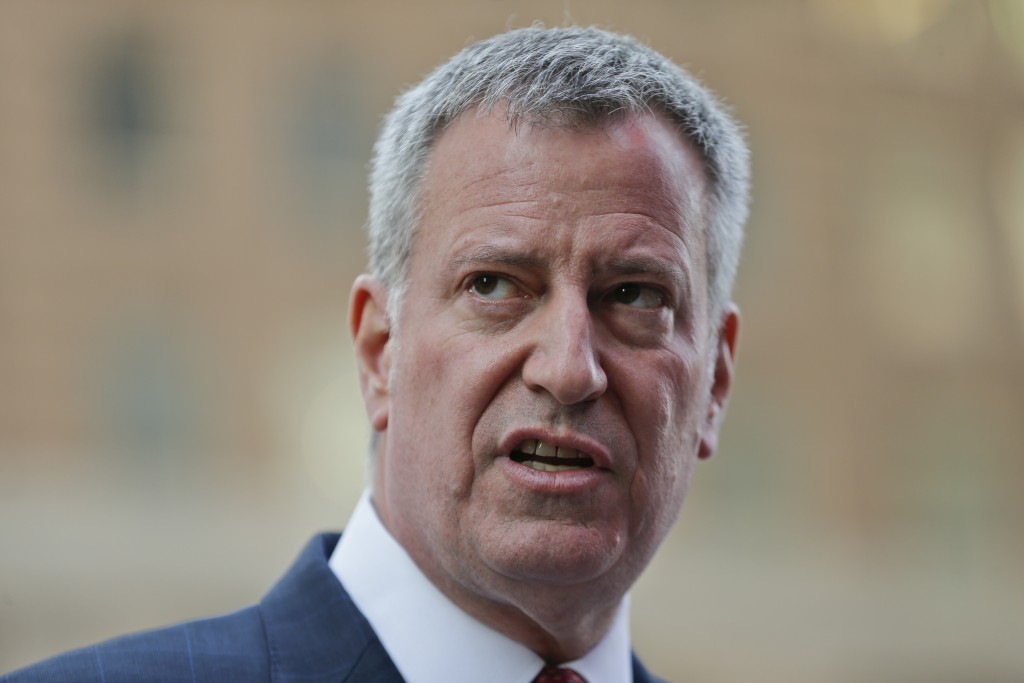 Aides to New York City Mayor Bill de Blasio have been subpoenaed by state and federal prosecutors amid investigations into his campaign fundraising operation, his administration said.

A statement issued by Wiley said de Blasio had not been “personally served,” but it didn’t reveal the subject or recipients of the subpoenas. Follow-up inquiries to the mayor’s office went unanswered Wednesday night.

De Blasio, a Democrat serving his first term as mayor, has not been accused of any wrongdoing and has said he and his team did not violate any campaign finance laws. The mayor and his administration were fully cooperating with the ongoing probes, Wiley said.

The mayor said Monday that he and his aides have “unequivocally” abided by all campaign-finance laws.

“We welcome a full airing of the facts,” he said. “I want all the facts out there because I’m quite convinced the facts will show that everything was done legally and appropriately.”

The subpoenas come as a series of loosely related public corruption investigations coordinated by U.S. Attorney Preet Bharara have trained a spotlight on de Blasio’s administration. Some parts of the multifaceted probe concern fundraising.

The top investigator at the state’s Board of Elections asked prosecutors in January to investigate whether the mayor’s advisers broke the law by channeling campaign contributions to Democratic State Senate candidates through a committee not subject to donation limits, so as to evade them.

De Blasio has called the Board of Elections report outrageous. Attorney Laurence Laufer, who worked for de Blasio’s 2013 campaign, said in a letter Sunday to the election board’s chief enforcement officer that the law allowed the types of donations in question.

“I am deeply troubled that your office made a criminal referral that was based on a complete misreading and utter disregard of the state’s unambiguous election laws, and that your blatantly political document was leaked to the press,” he wrote.

Meanwhile, an animal welfare group that has lobbied de Blasio to ban carriage horses from city streets said last week that it had received a subpoena from federal prosecutors that sought documents relating to its fundraising efforts for a nonprofit group that was created to advance the mayor’s policy agenda.

The mayor announced in March that he was shutting down the nonprofit group, the Campaign for One New York, launched in 2014. The organization had come under fire from good-government advocates over its receipt of large donations from companies lobbying City Hall, including more than $1 million from real-estate developers, some trying to influence the administration’s zoning and housing policies.

Prosecutors also are looking into the fundraising activities of businessmen with ties to the mayor. Other investigations concern some high-ranking New York Police Department officials and the union representing city jail guards.