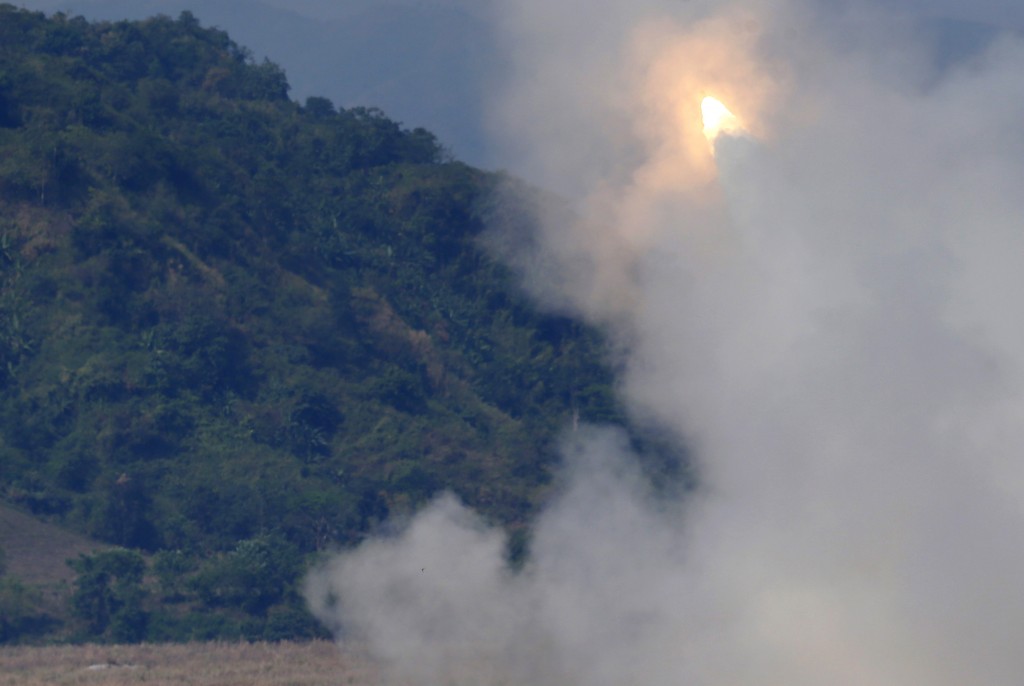 Turkey’s foreign minister says the United States will deploy a rocket launcher system in southeastern Turkey across the border from Syria.

In an interview with the Haberturk newspaper published Tuesday, Mevlut Cavusoglu said U.S. HIMARS missiles would arrive in May as part of a joint effort to combat the Islamic State terror group.

Turkey regularly shells IS targets in northern Syria in response to cross-border rockets that have hit the Turkish town of Kilis.

Turkish shells have a range of approximately 25 miles, whereas HIMARS missiles can reach targets around 55 miles away. HIMARS stands for High Mobility Artillery Rocket System.

“In order to clear the area of Daesh, we have to give the moderate opposition both aerial and ground support,” Cavusoglu said, using an alternative acronym for IS.

Clearing the Manbij area would pave the way for the creation of a “safe zone,” he added.

Turkey has long advocated for the creation of a buffer zone in Syria, but has failed to get its allies on board.

The nation is part of the U.S.-led coalition against IS, and hosts 2.7 million Syrian refugees.

No comment was immediately available from the U.S. embassy in Turkey.

The United States and Turkey have for months been discussing a joint military plan to drive Islamic State from the border area, but until now there has been little concrete sign of progress.

Speaking in parliament, Prime Minister Ahmet Davutoglu vowed to fortify the border and take additional military measures against IS, which he said had fired a total of 46 rockets into Kilis since January.

The state-run Anadolu agency late on Monday published photos of a military convoy carrying equipment and rocket launchers to Kilis for reinforcement. The Turkish government says 17 people have been killed in the town this year.