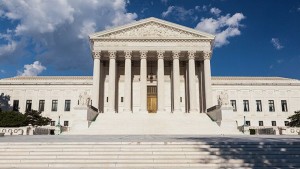 Just in time for the election season, the Supreme Court has strengthened legal protections for the nation’s 22 million public employees against being demoted or fired for supporting the wrong political candidate in the eyes of their supervisors.

“The Constitution prohibits a government employee from discharging or demoting an employee because the employee supports a particular political candidate,” Justice Stephen G. Breyer said Tuesday.

This applies, he said, even if a supervisor mistakenly assumes an employee is supporting a particular candidate. What counts is “the employer’s motive,” Breyer said.

But in a twist, a federal judge in New Jersey and the 3rd Circuit Court of Appeals said Jeffrey Heffernan, the police detective, could not sue under the 1st Amendment because he did not actually support the opponent, even though he was fired for that mistaken impression that he did.

Those judges said that to be protected, an employee had to point to an “actual, rather than perceived, exercise of constitutional rights.”

The high court justices said Tuesday that made no sense.

“The government’s reason for demoting Heffernan is what counts here,” Breyer said. “When an employer demotes an employee out of desire to prevent the employee from engaging in political activity that the 1st Amendment protects, the employee is entitled to challenge that unlawful action.”

His opinion was joined by all the justices except Justices Clarence Thomas and Samuel A. Alito Jr.

The demoted police officer did not show that his employer “infringed his constitutional rights to speak freely,” Thomas said, even if the “city’s demotion of him may be misguided or wrong.”