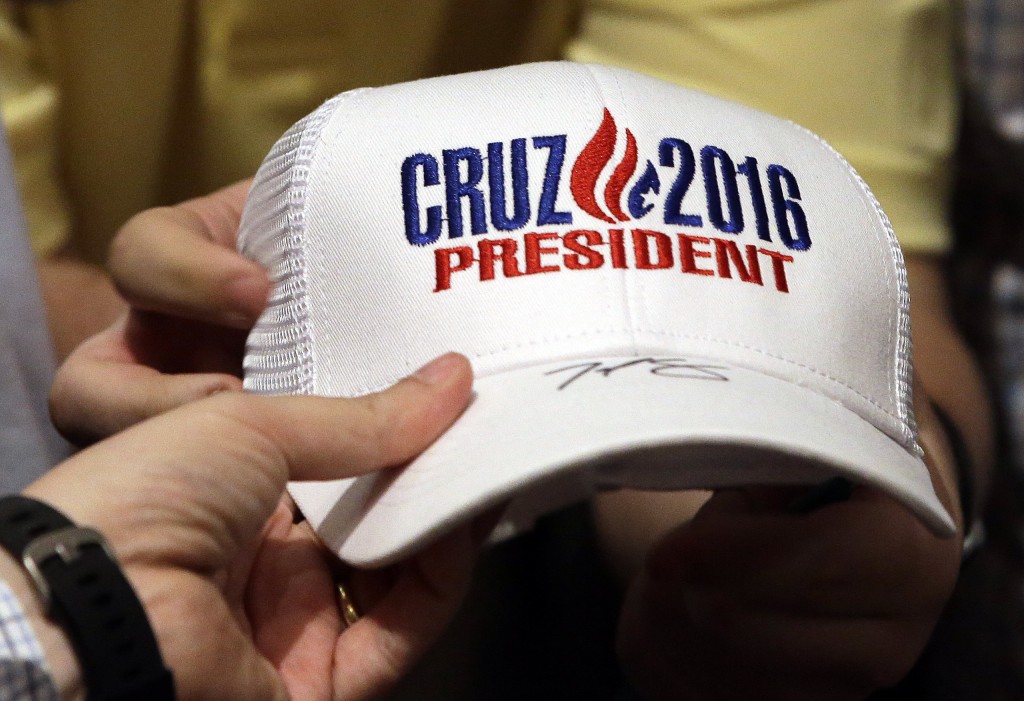 Donald Trump is lacing into an extraordinary collaboration between Ted Cruz and John Kasich aimed at unifying the anti-Trump vote in some remaining primaries.

Trump says his two rivals are colluding in a way that would be illegal in many industries.

Under the arrangement outlined Sunday, Kasich, the Ohio governor, will step back in the May 3 Indiana contest to let Cruz bid for voters who don’t like Trump. Cruz, a Texas senator, will do the same for Kasich in Oregon and New Mexico.

Trump said in a statement that Cruz and Kasich are “mathematically dead” — meaning neither can gather enough delegates to clinch the nomination before the party’s July convention — and their compact smacks of desperation by two “puppets of donors and special interests.”

The arrangement does not address the five Northeastern states set to vote on Tuesday, where Trump is expected to add to his already overwhelming delegate lead. Yet the shift offers increasingly desperate Trump foes a glimmer of hope in their long and frustrating fight to halt the billionaire’s rise.

“Having Donald Trump at the top of the ticket in November would be a sure disaster for Republicans,” Cruz’s campaign manager, Jeff Roe, said in a statement explaining the new plans. “Not only would Trump get blown out by (Hillary) Clinton or (Bernie) Sanders, but having him as our nominee would set the party back a generation.”

Added Kasich’s chief strategist, John Weaver, “Our goal is to have an open convention in Cleveland, where we are confident a candidate capable of uniting the party and winning in November will emerge as the nominee.”

The announcement marks a sharp reversal for Cruz’s team, which aggressively opposed coordinating anti-Trump efforts with Kasich as recently as late last week. And the agreement applies only to Indiana, Oregon and New Mexico — three of the 15 states remaining on the Republican primary calendar. As Kasich backs out of Indiana, Cruz promised he would not compete in Oregon on May 17 and New Mexico on June 7.

Trump campaigned Sunday in Maryland, which will vote on Tuesday along with Rhode Island, Connecticut, Pennsylvania and Delaware.

Speaking to several thousand people in an airplane hangar in Hagerstown, Maryland, Sunday evening, Trump stressed repeatedly that he expects to win the 1,237 delegates needed in the first round of voting in Cleveland to stave off a contested convention.

“I only care about the first,” he said. “We’re not going for the second and third and fourth and fifth.”

As recently as three days ago Kasich’s campaign announced investments in Indiana, including the opening of two offices and the creation of a campaign leadership team. His campaign on Sunday night canceled a town-hall meeting and gathering in Indianapolis scheduled to watch the results of Tuesday’s primaries.

Both campaigns encouraged allied super PACs and other outside groups to “honor the commitments.”

On the Democratic side Sunday, underdog Sanders rallied thousands of voters in two New England states and offered mixed signals on how hard he would push his differences with the commanding front-runner, Clinton.

The Vermont senator largely steered clear of Clinton at a Rhode Island park, but hours later delivered a sharp critique before more than 14,000 supporters in New Haven, Connecticut. Sanders reiterated his call for Clinton to release transcripts of lucrative Wall Street speeches she delivered after leaving the State Department in early 2013.