National In the Face of Anti-Immigration Politics, More Immigrants Are Filing to Become Citizens
National 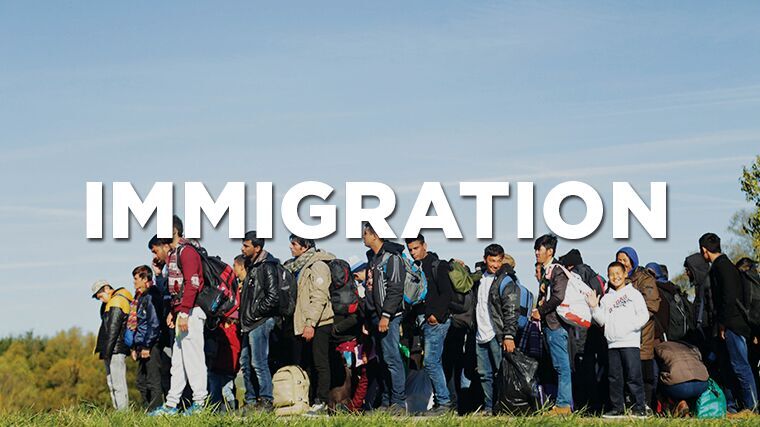 At a recent fair at the Long Beach Convention Center, more than 3,000 immigrants got free help filling out citizenship applications and practiced casting ballots at mock voting booths.

Events like this almost certainly were not what Republicans intended when they blocked President Barack Obama’s program to shield millions of immigrants from deportation. But the new nationwide push to help more than 8 million legal permanent residents become citizens — and therefore potential voters — is a direct consequence of Republican resistance to Obama administration immigration policies.

In 2014, Obama announced executive actions to protect millions of parents of U.S. citizens from deportation. In anticipation, immigrant rights groups, backed by major philanthropies, set aside millions of dollars for efforts to help people apply.

But the program never came to pass. Twenty-six Republican-run states sued to stop it, alleging that Obama’s plans exceeded his legal authority.

With the fate of the program in the hands of the Supreme Court, advocacy groups found themselves with money and volunteers but nothing to do. Looking for other places to put their resources, they decided to work on gaining citizenship for immigrants who were residing in the United States legally but had not yet been naturalized.

In California alone, there are an estimated 2.2 million legal permanent residents who are eligible for citizenship but have not applied.

“What we can do right now is help people become citizens so that we can build political power while we’re waiting,” said Ramiro Funez, a spokesman for Unite Here, a union that represents hospitality workers, many of whom are immigrants. “It’s kind of one of the only options we have right now.”

His union has been holding citizenship workshops around the country, including a recent one in Orange County. In Nevada, a key battleground in presidential elections, Funez said the union was close to its goal of helping 2,000 people apply for citizenship in a two-month period that began March 1.

Organizers say another factor has driven the push for citizenship this election year. His name is Donald Trump.

The Republican presidential candidate’s harsh words about Mexican immigrants, whom he has called criminals, helped attract Virgilio Herrera to the citizenship workshop in Long Beach.

Herrera, 49, who works in the oil fields of Bakersfield, came to the United States illegally from Mexico 35 years ago.

He and his wife won green cards — legal residency — under President Ronald Reagan’s 1986 amnesty plan. But even though they have several U.S.-born children, the couple never became citizens, put off in large part by the nearly $700 application fee.

Things are different now, Herrera said. “We need to be the voice for those who don’t have it,” he said. “Donald Trump sounds like Hitler.”

The “Protect Yourself Now!” workshop was a collaboration between local Spanish-language channels and several nonprofit and philanthropic groups, including the California Community Foundation.

The group originally had planned to spend $1.4 million to help people apply for protection from deportation under Obama’s Deferred Action for Parents of Americans and Lawful Permanent Residents program. But after DAPA was put on hold, the organization joined with a Mexican-American philanthropic group called Juntos Podemos to spend $3.2 million on getting people to become citizens.

“These are the activation moments,” said Efrain Escobedo, vice president of civic engagement and public policy at the California Community Foundation.

“We’re always losing,” Escobedo said, citing the lawsuit to stop DAPA and years of GOP resistance to immigration overhaul legislation that would provide a pathway to citizenship for the estimated 11 million immigrants in the country illegally. “So let’s change the numbers.”

There was an uptick of naturalization applications filed between June, when Trump announced his candidacy, and January, compared with the same period in recent years, according to U.S. Citizenship and Immigration Services data. The agency has not released statistics showing how many people have applied for naturalization in the last couple of months, when the concerted push began.

After California voters passed Proposition 187, a 1994 ballot measure that sought to deny social services to immigrants in the country illegally, the number of people applying annually for citizenship jumped from about 500,000 to nearly a million, according to federal statistics.

There was a similarly dramatic jump after the House of Representatives passed a controversial measure in 2005 that called for the construction of vast border fences and would have forced employers to verify the immigration status of their workers. The proposal failed in the Senate.

“When there have been periods of anti-immigrant rhetoric, there becomes an urgency for immigrants to become citizens,” said Arturo Vargas, executive director of the education fund at the National Association of Latino Elected and Appointed Officials.

The passage of Proposition 187, though it ultimately was declared unconstitutional, is widely credited for helping turn California blue. Republicans faced backlash at the ballot box after organizers registered millions of new Latino voters in the years after the initiative passed, and the state has since transformed into one dominated by Democratic politics.

Democrats and Latino organizers are hoping for a similar phenomenon nationwide this year and are trying to use Trump’s comments to propel Latinos to the polls in record numbers in November.

Naturalized U.S. citizens represent only a small percentage of new Latino voters, who are making Latinos the fastest-growing electorate in the nation. The vast majority of the growth is due to young Latinos turning 18, at a rate of about 800,000 each year.

Still, naturalized citizens tend to vote at higher rates than other Latinos, including millennials.

Vargas, who has been organizing citizenship campaigns for decades, said the level of political engagement by immigrants and their allies this year reminds him of the mood after Proposition 187 was passed.

“It’s hearkening back to what we experienced 20 years ago,” he said.