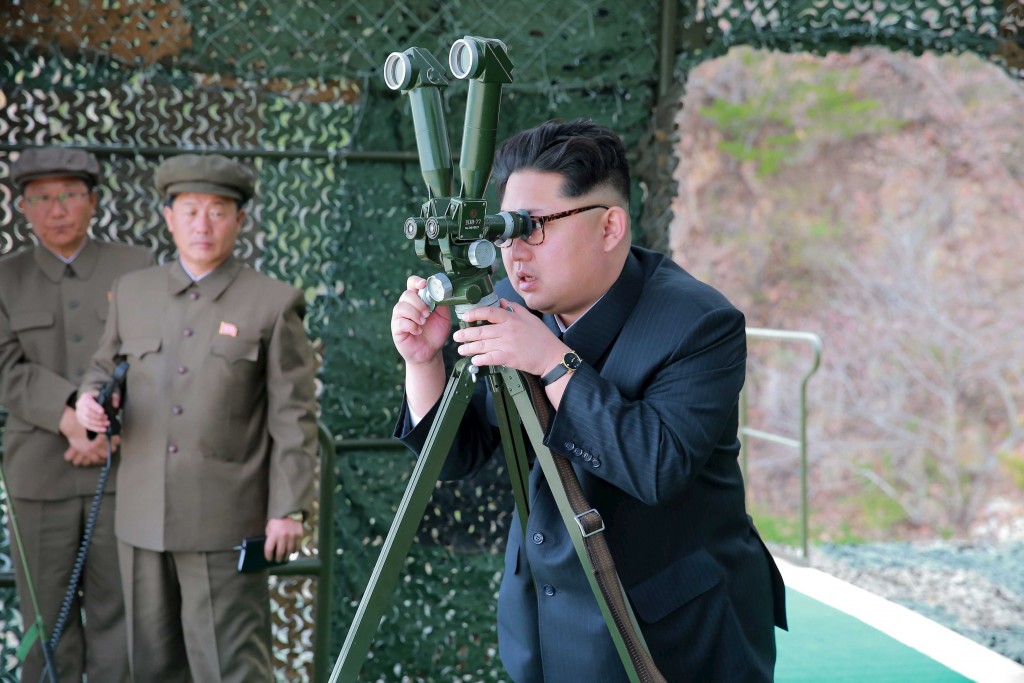 North Korea said Sunday that it successfully test-fired a ballistic missile from a submarine and warned of its growing ability to cut down its enemies with a “dagger of destruction.” South Korea couldn’t immediately confirm the claim of success in what marks Pyongyang’s latest effort to expand its military might in face of pressure by its neighbors and Washington.

Hours before the announcement, South Korean military officials said the North fired what appeared to be a ballistic missile from a submarine off its eastern coast. The South’s Joint Chiefs of Staff said the projectile traveled about 30 kilometers (19 miles) the night before. That’s a much shorter than the typical distance of a submarine-launched ballistic missile, which can fly at least 300 kilometers (186 miles).

A successful test from a submarine would be a worrying development because mastering the ability to fire missiles from submerged vessels would make it harder for outsiders to detect what North Korea is doing before it launches, giving it the potential to surprise its enemies.

While South Korean experts say it’s unlikely that North Korea currently possesses an operational submarine that can fire multiple missiles, they acknowledge that the North is making progress on such technology.

In a typical example of overblown rhetoric, the North’s Korean Central News Agency said leader Kim Jong Un observed from a test facility as the ballistic missile surged from a submarine and spewed out a “massive stream of flames” as it soared into the sky. It said the missile met all technical thresholds.

The KCNA report said that after the test Kim declared that the North now has another strong nuclear strike method and also the ability to stick a “dagger of destruction” into the heads of its enemies, South Korea and the United States, at any time.

The KCNA report didn’t say when or where the recent test-firing took place. South Korean officials said the launch took place near the North Korean coastal town of Sinpo, where analysts have previously detected efforts by the North to develop submarine-launched ballistic missile systems.

U.S. military forces “remain vigilant in the face of North Korean provocations and are fully committed to working closely with our Republic of Korea and Japanese allies to maintain security,” it said.

The U.S. State Department said that in response to Saturday’s launch, it was limiting the travel of North Korean Foreign Minister Ri Su Yong and his delegation to U.N. functions in New York, where they are attending a U.N. meeting on sustainable development. The U.S. noted “launches using ballistic missile technology are a clear violation of multiple U.N. Security Council resolutions.”

“We call on North Korea to refrain from actions that further destabilize the region and focus instead on taking concrete steps toward fulfilling its commitments and international obligations,” said State Department spokesman John Kirby.

The U.N. Security Council issued a press statement that “strongly condemned” the firing of the submarine-launched ballistic missile, saying it constitutes “yet another serious violation” of council resolutions.

The Security Council members reiterated that North Korea should “refrain from further actions in violation of the relevant Security Council resolutions and comply fully with its obligations under these resolutions, including to suspend all activities related to its ballistic missile program.”

North Korea has recently sent a barrage of missiles and artillery shells into the sea amid ongoing annual military drills between the United States and South Korea. Pyongyang says the drills are a preparation for an invasion of the North. The firings also come as the North expresses anger about toughened international sanctions over its recent nuclear test and long-range rocket launch.

North Korea’s belligerence may also be linked to a major ruling party congress next month meant to further cement leader Kim Jong Un’s grip on power. Promoting military accomplishments could be an attempt to overshadow a lack of economic achievements ahead of the Workers’ Party congress, the first since 1980.