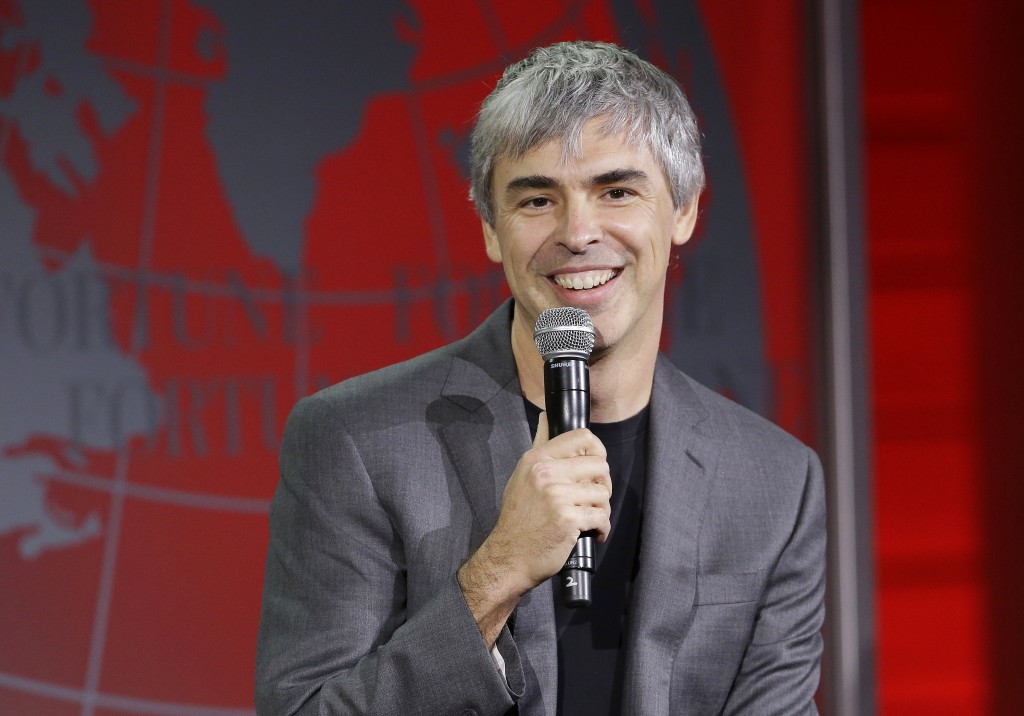 Larry Page’s five-year tenure as CEO of Google – and now its new corporate parent Alphabet – is reminding investors that patience pays off, despite a letdown in the first quarter.

After lagging its peers in the early stages of Page’s reign, the internet’s most powerful company has since delivered returns that trounced both the Standard & Poor’s 500 and Apple shares.

Since Page took the helm in 2011, Alphabet’s stock has soared 163 percent, creating an additional $300 billion in shareholder wealth. The S&P 500 rose 58 percent during the same period; Apple’s stock is up 115 percent.

The first-quarter performance will once again test Page’s long-held belief that investors should be looking at the big picture instead of fixating on how much a company’s earnings rise and fall from one quarter to the next.

Page can more easily brush off Wall Street pressure than most CEOs because he, fellow Google co-founder Sergey Brin and chairman Eric Schmidt are Alphabet’s controlling shareholders, giving them the firepower to outvote everyone else.

As if to underscore Page’s aversion to short-term thinking, Google/Alphabet earnings have now missed analysts’ earnings target in half of his 20 quarters as CEO.

Page created Alphabet last year to oversee Google and a wide variety of other businesses delving into self-driving cars, internet access, medical research and city management. As part of that transformation, Page became Alphabet’s CEO and one of his top lieutenants, Sundar Pichai, became Google’s CEO. Pichai still reports to Page, leaving no doubt who is in charge.

Together, Page and Pichai have been guiding Google through a sometimes-rocky transition as people search for information less frequently on their personal computers and rely instead on smartphones and tablets. The shift has driven down the average prices for the ads appearing alongside search results because marketers so far haven’t been willing to pay as much for space on the smaller screens of mobile devices.

Google’s average ad price, known as “cost per click,” declined by 9 percent in the first quarter. That extends the trend that started four-and-half years ago.

Wall Street wasn’t enamored with Google during its first few years of Page’s leadership, largely because he insisted on pouring billions of dollars into the risky projects that he calls “moonshots.”

Alphabet moved into a different financial orbit last year when Page lured away Ruth Porat from her long-time job as chief financial officer for investment bank Morgan Stanley to take the same job at Google and then Alphabet.

Bringing in Porat has been “one of Larry’s most significant hirings, one that was clearly done with investors in mind,” says Edward Jones analyst Josh Olson.

Since her move from Wall Street to Silicon Valley last May, Porat has reined in Google’s operating expenses so they are no longer rising at a faster pace than Google’s revenue. In the first quarter, for instance, Alphabet’s operating expenses increased 13 percent from last year, five points below revenue growth.

Porat also is demanding more financial discipline from other Alphabet subsidiaries that still appear to be a long way from becoming profitable. Those operations, collectively known as “other bets,” lost $806 million on just $166 million in revenue during the first quarter.