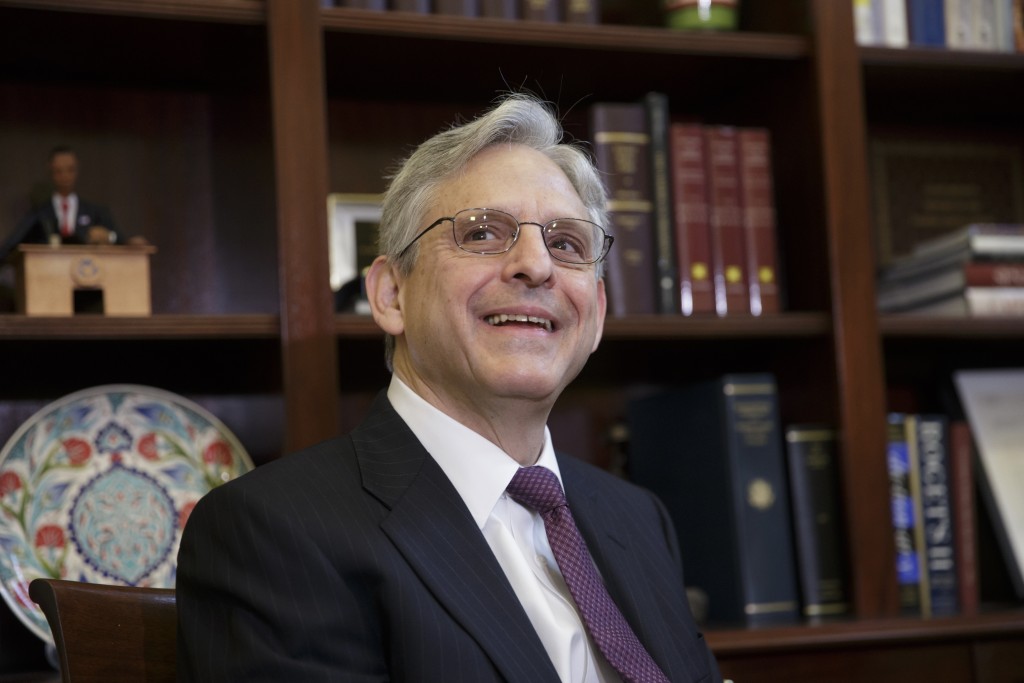 Sen. Lindsey Graham met briefly with Supreme Court hopeful Merrick Garland on Wednesday, the latest of several meetings between Garland and Republican senators — all of whom have refused to budge on advancing the nomination.

Graham (R-S.C.) has stood with Majority Leader Mitch McConnell and virtually all other majority Republicans in opposing a hearing or full Senate vote on the Garland nomination before the presidential election in November. The senator said his stance remained unchanged after the 15-minute meeting with Garland, chief judge of the U.S. Court of Appeals for the District of Columbia.

“My view is that the next president should decide,” Graham said in an interview after the closed-door meeting. “And it’s nothing against him personally. I think he’s a very capable, honest judge.”

The courtesy meeting marked an important opportunity for Garland and the Obama administration, given that Graham is a senior member of the judiciary committee, which is in charge of considering Supreme Court nominations. Many political observers consider Graham a Republican who is willing to work with Democrats on some issues.

Graham’s office was tight-lipped about the meeting, and there was no photo-op. Garland left hastily with a small entourage after the session, and Graham emerged alone several minutes later.

The Obama administration remains hopeful that continued meetings between senators and the nominee will prompt a shift in position.

Garland has met with more than 25 Senate Democrats. And he has met with at least 10 Republican lawmakers, none of whom have reversed positions on moving his nomination.

Graham is no exception.

“I don’t think a Republican would pick Judge Garland, but that doesn’t mean he’s not qualified to serve,” Graham said. “If a Democrat wins in November, and they pick somebody like Judge Garland, it would probably be a good pick, but historically we don’t fill the vacancies this close to an election.”

The U.S. Constitution says the Senate shall advise and consent on White House nominations, but it sets no timetable.

Previously, Graham had declined to meet with Garland, but the senator decided to sit down with the nominee to clarify his position and to tell him it wasn’t personal. The men discussed some of Garland’s cases, Graham said, and the senator added that he approved of the nominee’s stands on national security issues.

Under similar political circumstances, Graham said he told Garland, “I wouldn’t vote for me to fill this vacancy, and there’s nobody I like more than me, so it’s not personal.”

Later Wednesday, Sen. Orrin Hatch (R-Utah) defended the Republican decision to block a nomination hearing, arguing that criticism of the GOP by the Obama administration and other Democrats is hypocritical.

“They are, of course, free to claim that the Constitution requires, today, the very hearings and floor votes that they denied to Republican nominees in the past,” Hatch said. “They may say those falsehoods as often as they wish, but they are still false.”