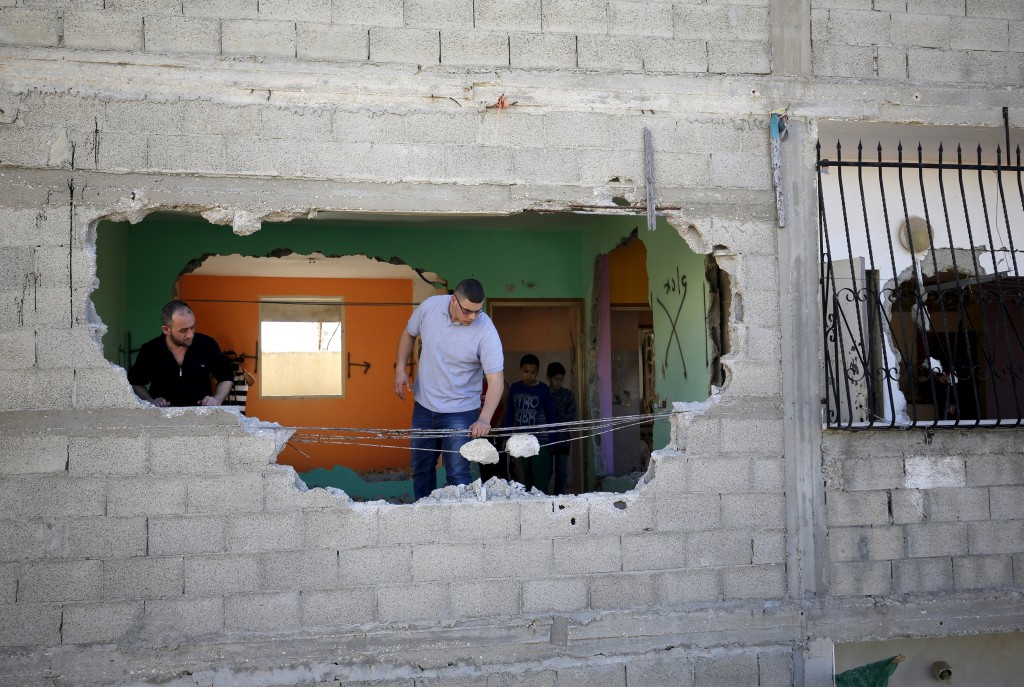 IDF forces overnight Tuesday demolished the home of the family of Hassin Abu-Ghosh in the Kalandiya neighborhood of Yerushalayim. Abu-Ghosh was the murderer of 23-year-old Shlomit Krigman of Beit Horon, Hy”d, who was killed in a January attack.

Local riots broke out during the demolition, with Arabs throwing rocks and stones at IDF soldiers and border guards. Two soldiers were injured in the rioting. They were treated on site and taken to a local hospital for further treatment.

Early Wednesday, a 30-year-old resident of northern Israel was arrested after police raided his home and found a large number of weapons and ammunition, police said. Among the weapons were shotguns, as well as five firebombs that were ready for use. Police have opened an investigation to determine if the detainee had any connection with terror groups.

Overnight Tuesday, security officials said they arrested 12 wanted security suspects in Yehudah and Shomron. The suspects were wanted for participating in rioting and throwing stones and firebombs that endangered Israeli civilians and IDF soldiers. Several of the suspects were also charged with belonging to Hamas. All were being questioned on their activities by security forces.