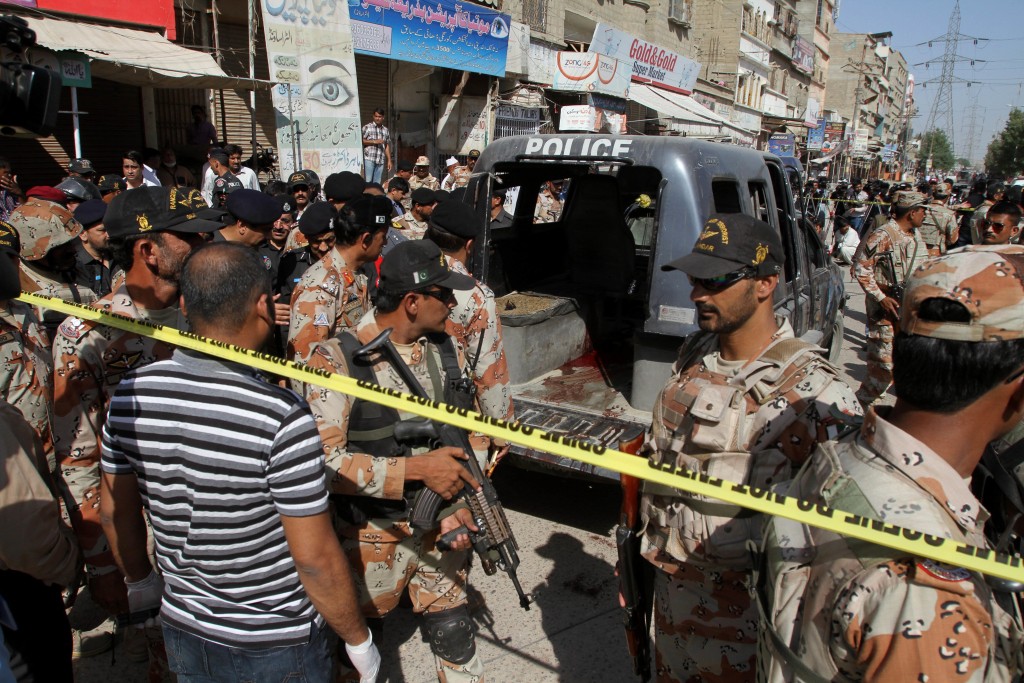 A breakaway faction of the Pakistani Taliban that calls itself Jamat-ul-Ahrar claimed responsibility for the attack later Wednesday.

The slain officers had been deployed to protect health workers administering polio vaccinations. No health workers were harmed in the attacks in Karachi, the capital of southern Sindh province, local police official Mohammad Ijaz said.

Another senior police officer, Feroze Shah, said authorities had no plans to suspend the polio campaign despite the attacks.

Earlier, provincial Home Minister Suhail Anwar told the Pakistani Geo news network that the attacks that killed the seven officers were minutes apart. He said the attackers targeted police deployed in the city for the campaign to vaccinate children.

Hours later, Ahsanullah Ahsan, a spokesman for the Jamat-ul-Ahrar terrorist group, claimed responsibility for the attack. In an email to reporters, he said Wednesday’s attack in Karachi was part of the group’s campaign against security forces.

However, Islamic terrorists have in the past targeted vaccination efforts both in Pakistan and in neighboring Afghanistan, based on conspiracy theories.

The Pakistani military has launched multiple offensives against terrorist hideouts in the tribal regions and elsewhere, but the insurgents have proven resilient.

Pakistani Prime Minister Nawaz Sharif strongly condemned Wednesday’s “terrorist attack” in Karachi. In a statement, he said police officers sacrificed their lives to secure the future of our coming generation. Polio, which can cause paralysis and death, remains endemic in Pakistan.