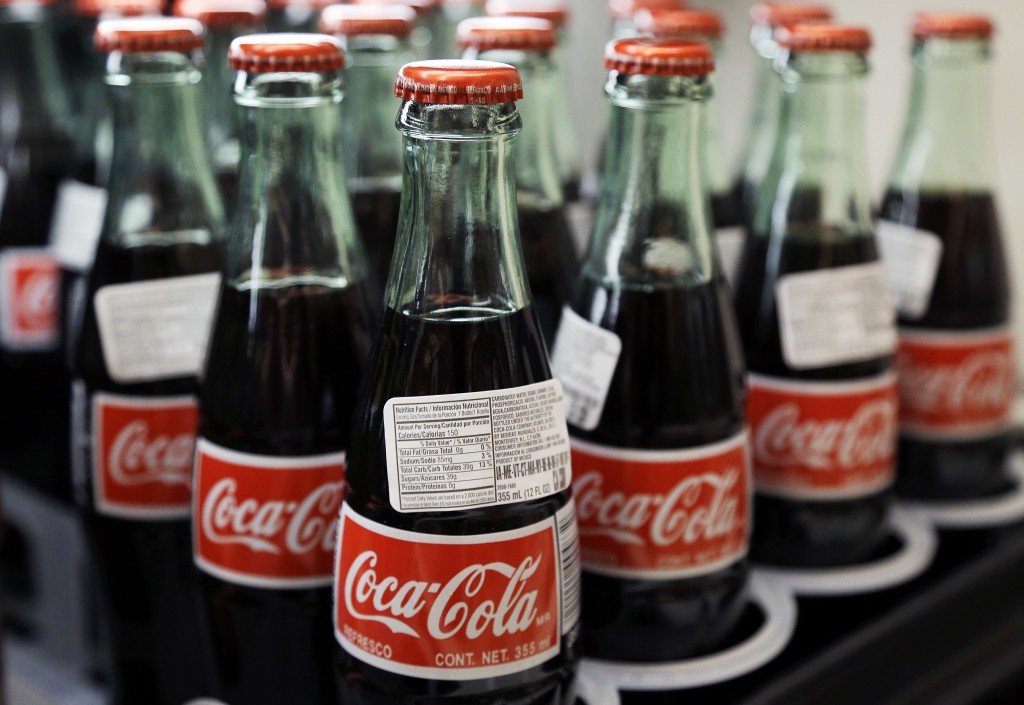 Coca-Cola saw the popularity of its namesake sodas decline in key markets around the world during the first quarter.

The world’s biggest beverage maker said Wednesday that sales volume for sodas bearing its name like Diet Coke, Cherry Coke and Caffeine-free Coke collectively declined in North America, Europe and the unit including the Middle East and Africa.

Overall soda volume, which includes the drinks like Fanta and Sprite, was unchanged from a year ago.

Non-carbonated drinks, which include bottled water and sports drinks, rose and helped lift the company’s overall sales volume 2 percent in the period.

The slip in Coke’s namesake drinks is a reflection of a variety of factors, which have prompted the company and rival PepsiCo Inc. to shake up their product lineups.

In the U.S., for instance, big soda brands are being pressured by a proliferation of competition in the beverage aisle. Soda is also an ongoing target for public health advocates, who blame the drinks for fueling weight gain.

As people keep moving away from big sodas, Coke has shifted its strategy to focus more on attractive packaging like glass bottles and mini-cans that can fetch more money. So even if people are drinking less, the idea is that they’ll spend more when they do indulge in a soda.

James Quincey, Coca-Cola’s president, also noted Wednesday that the economies of emerging markets have been hit harder than those of developed markets. That affects Coke’s overall sales volume because emerging markets tend to be more weighted toward soda than non-carbonated drinks, he said.

Even as Coca-Cola continues to diversify its portfolio to better reflect changing habits, the company is trying to burnish its flagship drink.

When asked whether the new look could lead to confusion, Quincey noted the company has already tested the concept in some markets and found it worked well.

The new cans are rolling out in Mexico next month, and will spread to other countries this year and next. Coca-Cola said it’s still testing its options in the U.S., and that no changes are planned for 2016.

As Coca-Cola faces challenges at home and overseas, the company has focused on slashing costs and refranchising territories back to bottlers, who then take charge of work like the manufacturing and distribution of drinks.

For the quarter ended April 1, Coca-Cola said its profit fell 5 percent to $1.48 billion, or 34 cents per share, as it was hit by a strong dollar and charges related to refranchising.

Excluding one-time items, the Atlanta company earned 45 cents per share. That was a penny more than expected, according to Zacks Investment Research.

The shares are up 9 percent over the past year.