Politics After Big NY Wins, Trump and Clinton Cast Themselves as ‘Inevitable’
Politics 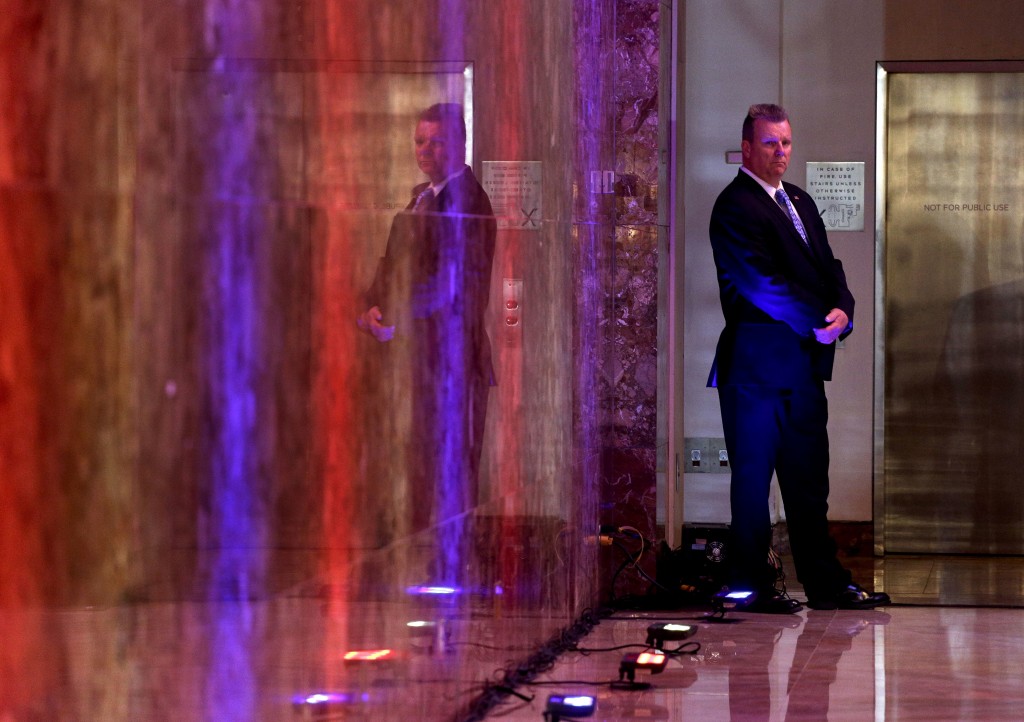 Republican Donald Trump and Democrat Hillary Clinton scored sweeping victories in nominating contests in their home state of New York, and immediately cited those wins to argue that they are all but unstoppable as their respective parties’ presidential nominees.

Trump’s crushing defeat of Ted Cruz in Tuesday’s primary election tilted the energy in the Republican race back to the front-runner, just as Republican National Committee members begin meeting in Florida on Wednesday to discuss their July convention, where the nominee will be chosen.

For the Democratic favorite, Clinton’s more narrow victory over Bernie Sanders snapped a string of victories by the 74-year-old democratic socialist and gave her a much-needed lift with more tough fights ahead.

Trump’s win, celebrated at Trump Tower in Manhattan, marked a rebound from his Wisconsin defeat two weeks ago. It set him up for another big night on April 26, when Pennsylvania, Connecticut, Rhode Island, Delaware, and Maryland will hold primaries.

With a campaign staff reboot and a more focused performance, Trump has sought to improve in recent weeks as a candidate. The tone of his victory speech was in keeping with a more measured style the often-brash billionaire has adopted.

“We don’t have much of a race anymore based on what I’m seeing,” Trump said as media networks projected a large margin of victory for him. “Senator Cruz is just about mathematically eliminated.”

Trump, 69, predicted some “amazing weeks” ahead for his campaign.

Still, he has a long way to go to seal the nomination and begin trying to heal the wounds in his bitterly divided party. Some fence-mending may happen when he sends campaign advisers to the RNC meeting starting in Hollywood, Florida, on Wednesday.

Trump’s haul of most of New York’s 95 delegates moved him closer to the 1,237 needed to win the nomination outright. Anything short of that will lead to a contested convention when Republicans hold their national conclave July 18-21 in Cleveland.

“There’s only two issues left for Republicans: Will Trump get 50 percent of the delegates prior to Cleveland, and if not, how close will he be? New York gives him a nice boost, but it will take weeks before we know the answer,” said Ari Fleischer, who was White House press secretary under President George W. Bush.

Cruz, a 45-year-old senator from Texas, came in third in New York and gave his primary night speech in Philadelphia, where he was already focused on running in Pennsylvania. He called on Republicans to unite around his candidacy.

Ohio Governor John Kasich, 63, a long-shot candidate, is seeking to use his second-place showing in New York as proof he is emerging as Trump’s central challenger in the states that come up next on the calendar.

Clinton, a former senator from New York, former secretary of state and former first lady, got nowhere near the knockout punch she needed to finally put Sanders away.

But the broad smile on her face as she gave her victory speech spoke volumes about how important New York was to her bid to become the first female U.S. president.

“Today you proved once again there’s no place like home,” Clinton said. “This one was personal.”

The race for the Democratic nomination, she said, is now in “the home stretch, and victory is in sight.”

Clinton, 68, was to campaign in Philadelphia on Wednesday. Sanders flew home to Vermont to take a day off the campaign trail.

Clinton’s win made it nearly impossible for Sanders to overtake her commanding lead in delegates needed to win the nomination.

Dilawar Syed, a tech entrepreneur who is also the co-founder and vice chairman of the AAPI Victory Fund, a Super PAC focused on mobilizing Asian-American voters, said it looked like Clinton has the nomination.

“Clearly Senator Sanders has a lot of supporters and enthusiasm there. He also has raised a lot of good resources,” Syed said. “I think the primary will go on for some time. But just looking at the numbers, we know where this is going.”

Sanders’ campaign vowed to fight on until the Democrats’ nominating convention in Philadelphia July 25-28.

“Look, we’re going to go to the convention,” Sanders campaign manager Jeff Weaver told MSNBC. He said it was extremely unlikely that either candidate would have the delegates needed to win the nomination outright.

Democratic strategist Jim Manley said Clinton has a delicate balancing act in trying to draw in Sanders supporters while pivoting to a general election matchup against the Republican nominee.

“She runs a risk. If she goes too far to the left (to draw in Sanders supporters), she’s going to upset independents and others that she’s going to need in the general,” Manley said.

Nationally, the race for the nominations has tightened recently for both parties, according to a Reuters/Ipsos poll released Tuesday.

Clinton and Sanders are tied among Democrats, with each drawing about 47 percent support in the national poll. At the beginning of the year, Clinton led Sanders by nearly a 2-to-1 margin; Sanders has closed that gap over the past few months.

Among Republicans, Trump leads with 44 percent support, compared with 33 percent for Cruz and 16 percent for Kasich.

The April 15-19 poll surveyed 719 Democrats and 593 Republicans. It has a credibility interval of 4.7 percentage points.