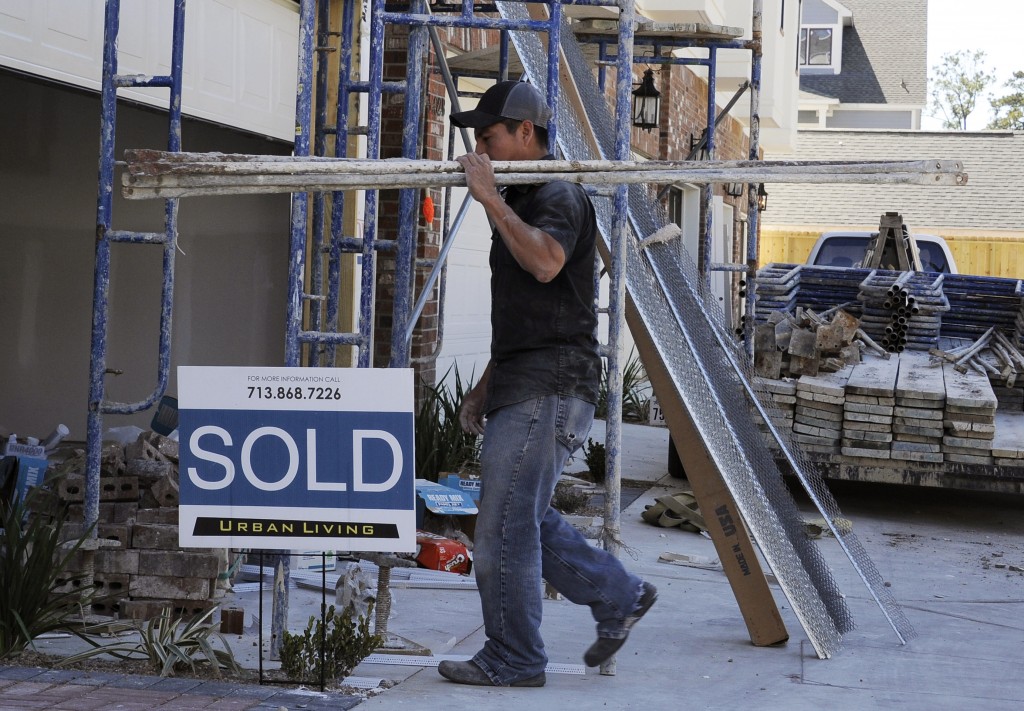 Construction of new homes fell in March by the largest amount in five months, with weakness in all regions of the country except the Northeast.

Home construction dropped 8.8 percent to a seasonally adjusted annual rate of 1.09 million units, the Commerce Department reported Tuesday. It was the third decline in the past four months and left construction at its slowest point since October.

Applications for permits to build new homes, a good indicator of future activity, dropped 7.7 percent in March to an annual rate of 1.09 million units.

Construction activity has been volatile this year, dropping in January and March but posting a 6.9 percent rise in February. Housing construction has been helping fuel the overall economy, and economists expect the sector to rebound in the coming months.

Construction of single-family homes declined 9.2 percent in March to a seasonally adjusted 764,000. Apartment construction was down 7.9 percent to a rate of 325,000 units.

The overall drop of 8.8 percent was the biggest one-month decline since a fall of 11.3 percent in October.

The National Association of Home Builders/Wells Fargo builder sentiment index released Monday was unchanged at a reading of 58 in April, reflecting an overall optimistic outlook for new homes as the industry heads into the all-important spring sales season.

By region of the country, construction jumped 61.3 percent in the Northeast in March, following a big drop in February. Sales were down in all other areas, led by a 25.4 percent fall in the Midwest, a 15.7 percent drop in the West and an 8.4 percent decline in the South.