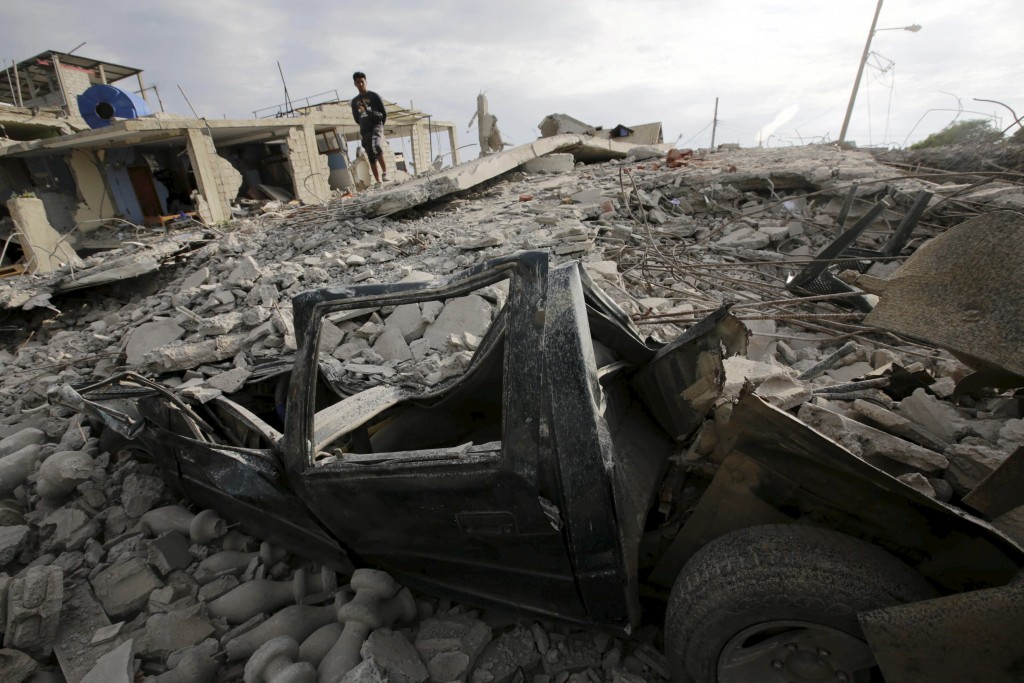 Earthquake-stricken Ecuador faced the grim reality of recovering more bodies than survivors as rescue efforts moved into a third day on Tuesday and the death toll climbed to over 400 in the poor South American country.

Praying for miracles, desperate family members beseeched rescue teams to find their missing loved ones as they dug through the debris of flattened homes, hotels, and stores in the hardest-hit Pacific coastal region.

In Pedernales, a devastated rustic beach town, crowds gathered behind yellow tape to watch firemen and police sift through rubble into the night.

“Find my brother! Please!” shouted Manuel, 17, throwing his arms up to the sky in front of a small corner store where his younger brother had been working when the quake struck on Saturday night.

When an onlooker said recovering a body would at least give him the comfort of burying his sibling, Manuel yelled: “Don’t say that!”

But for Manuel and hundreds of other anxious Ecuadoreans with relatives missing, time was running out.

As of Tuesday, rescue efforts would become more of a search for corpses, Interior Minister Jose Serrano told Reuters. The death toll stood at 413, but was expected to rise.

The quake has injured at least 2,600 people, damaged over 1,500 buildings, and left 18,000 people spending the night in shelters, according to the leftist government.

Visiting the disaster zone on Monday, a moved President Rafael Correa said rebuilding would cost billions of dollars and may inflict a “huge” economic toll on the OPEC nation of 16 million people.

In many isolated villages or towns struck by the quake, survivors struggled without water, power, or transportation. Rescue operations continued, but the sickly stench of death told them what they were most likely to find.

“There are bodies crushed in the wreckage and from the smell it’s obvious they are dead,” said army captain Marco Borja in the small tourist village of Canoa.

“Today we brought out between seven and eight bodies.”

Nearly 400 rescue workers flew in from various Latin American neighbors, along with 83 specialists from Switzerland and Spain, to boost rescue efforts. The United States said it would dispatch a team of disaster experts while Cuba was sending a team of doctors.

To finance the costs of the emergency, some $600 million in credit from multilateral lenders was immediately activated, the government said.

Ecuador also announced late on Monday that it had signed off on a credit line for $2 billion from the China Development Bank (CDB) to finance public investment. China has been the largest financier of Ecuador since 2009 and the credit had been under negotiation before the quake.