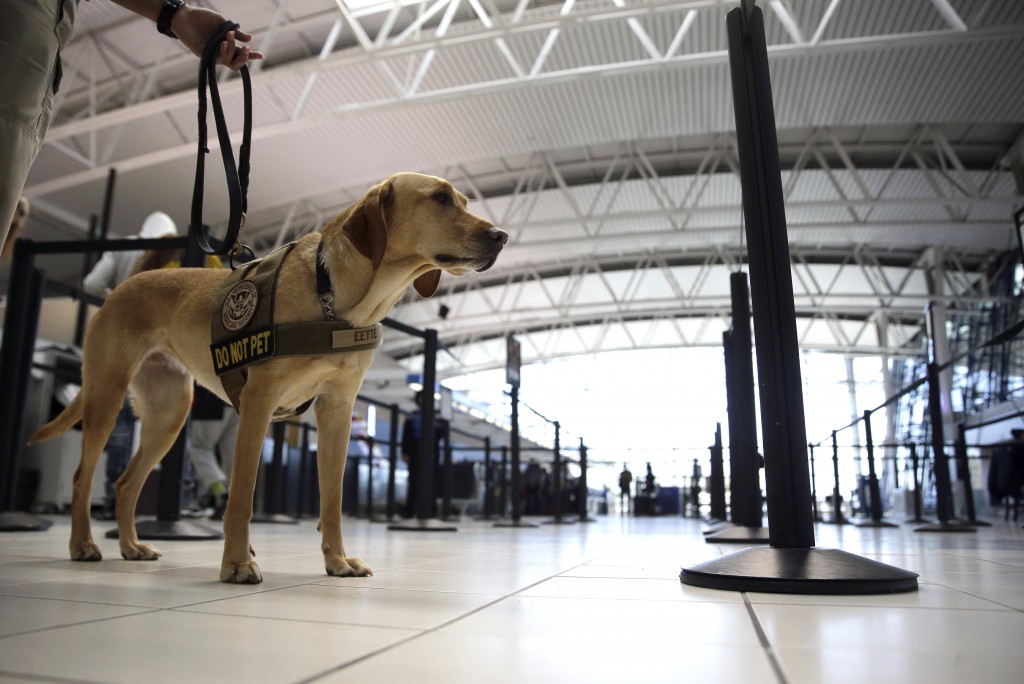 The bill, passed on a vote of 95-3, would also extend the Federal Aviation Administration’s programs and powers through Oct. 1, 2017. That authority is due to expire July 15.

The House, bogged down in a dispute over whether to privatize air traffic control operations, must still act. Airlines have been pressing for privatization, arguing that the FAA’s culture is too slow and inflexible to finish the air traffic system’s transition from old radar technology to satellites. The modernization has dragged on for more than a decade and fallen short of promised financial benefits and reduced congestion.

Sen. John Thune, R-S.D., the bill’s chief sponsor, decided to sidestep the issue given strong opposition from Democrats and powerful GOP committee chairmen reluctant to cede a large share of Congress’ authority over aviation to a private, non-profit corporation.

The bill written by Thune, the Senate Commerce committee chairman, and Sen. Bill Nelson of Florida, the panel’s senior Democrat, targets aviation safety, security and consumer concerns in ways broadly supported by both parties. He is pitching the measure to House members as a way to make important policy changes without waiting for the privatization question to be sorted out, which might not happen this year.

Thune highlights the bill as the friendliest for airline consumers in a generation. Airlines would have to refund checked bag fees to passengers whose luggage is lost or arrives more than six hours after a domestic flight has landed and more than 12 hours after an international flight has landed. Fees for services not delivered, such as advance seat assignments or early boarding, would also have to be refunded.

Airlines’ disclosure of fees for checked bags, seat assignments and ticket changes or cancelations would be standardized so that consumers can more easily compare prices as they shop for tickets. Airlines would also have to inform passengers traveling with children at the time of ticketing if they are unable to seat them together.

The provisions were opposed by the airline industry. Nick Calio, president of the trade association Airlines for America, said they “would take a step backward to pre-1978 regulation polices and make it more difficult for consumers to afford to fly.”

Missing from the bill, though, was a Democratic amendment the Senate rejected that would have barred airlines from further shrinking the size of seats and required the FAA to set minimum dimensions for passenger space.

Responding to last month’s attack in Brussels and the destruction of a Russian airliner by a suspected bomb last year, several security-related provisions were added:

-Authorizing an increase from 30 up to 60 in the number of government “viper teams” that stop and search suspicious passengers in airport public areas that are outside the security perimeter, often using bomb-sniffing dogs.

-Requiring the Transportation Security Administration to use private companies to market and enroll more people in its PreCheck program while ensuring PreCheck screening lanes are open during high-volume travel times. The aim is to reduce crowds waiting for security screening by vetting more passengers before they arrive to get them through checkpoints faster.

-Enhancing the vetting of airport employees who have access to secure areas, expanding random inspections of employees and reviewing perimeter security.

-Requiring secondary barriers on all new passenger airliners to keep unauthorized people from gaining access when a pilot opens the cockpit door. The wife of a pilot killed in the Sept. 11, 2001 attacks led the lobbying effort to require the barriers.

The bill also would remove obstacles to commercial use of drones while enhancing privacy and safety protections. It requires that within two years the FAA authorize package-deliveries by drones. The agency would create a small drone “air carrier certificate” for operators of delivery drone fleets similar to the safety certificates granted to commercial airlines. The rules are needed for Amazon and other companies to deploy fleets of delivery drones.

Another provision would establish criminal penalties for the reckless use of drones, aimed at penalizing operators who fly drones near airports without prior approval. Another provision requiring TSA to restore passenger screening at small airports where airline service has been reduced would force the agency “to reallocate staff and equipment from higher-risk, higher-need facilities,” the White House said in a statement.

The White House criticized the bill’s delivery-drone language as “overly prescriptive” and said it would disrupt the agency’s ongoing efforts to write safety regulations for commercial drone flights.