Israel Police: ‘Mystery Man’ May Have Been Bus Bomber
Israel 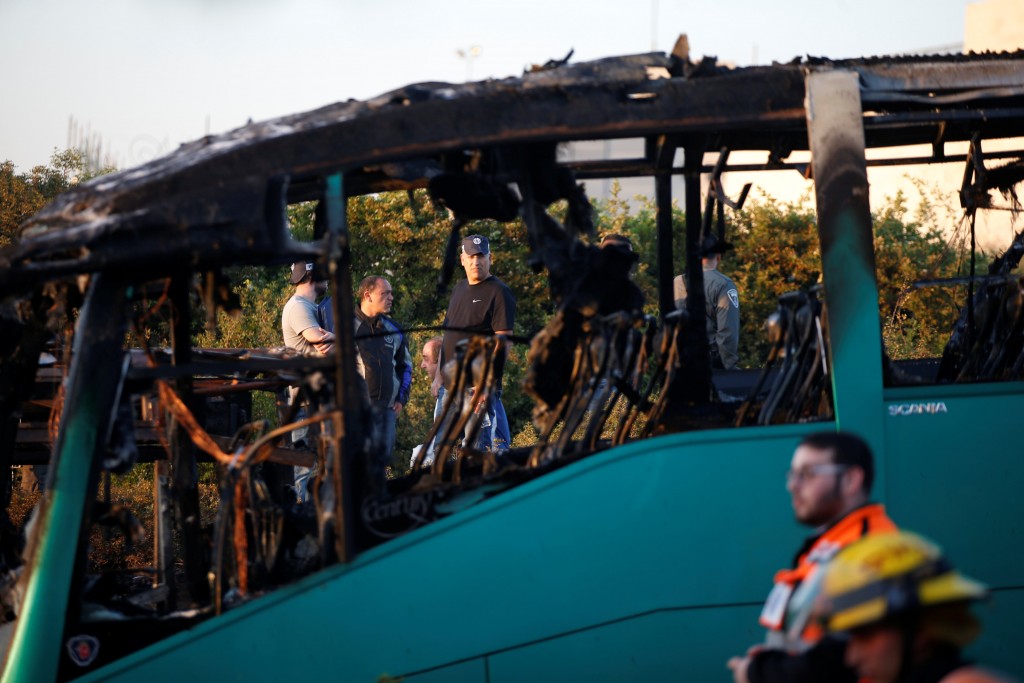 After hours of intensive investigation, police still do not know the identity of a “mystery man,” one of the 16 people injured in Monday’s bus bombing in Yerushalayim. The man, who was badly injured, had no identification with him, and his DNA and other records have not matched information available to police. It is possible, police said, that the man was the terrorist who set off the bomb in the Talpiot neighborhood.

Witnesses who spoke on Israel Radio Tuesday morning said that they had seen a suspicious individual in the area of the explosion minutes before what police have concluded was an explosive device went off. The theory at this time is that the terrorist was holding the bomb and tossed it onto the empty bus that exploded, when another bus was next to it. All of the Israelis injured in the attack were on the second bus. Two of the injured who were brought to Yerushalayim hospitals Monday afternoon in serious condition had their conditions upgraded overnight Monday.

No group or individuals have taken responsibility for the attack yet, although all Arab groups have praised it, with Hamas saying that “attacks like this are the only thing the enemy pays attention to.” In a special report Channel Two said that Hamas in recent days has gone on a major campaign encouraging Palestinians to elevate the level of their attacks on Israel – specifically advocating bus bombings. In social media posts, Hamas has promoted footage of previous bus bombings, and sent out messages from terrorists who planned and carried them out in the past.

Overnight Monday, security officials said they arrested 9 wanted security suspects in Yehudah and Shomron. The suspects were wanted for participating in rioting and throwing stones and firebombs that endangered Israeli civilians and IDF soldiers. Several of the suspects were also charged with belonging to Hamas. All were being questioned on their activities by security forces.