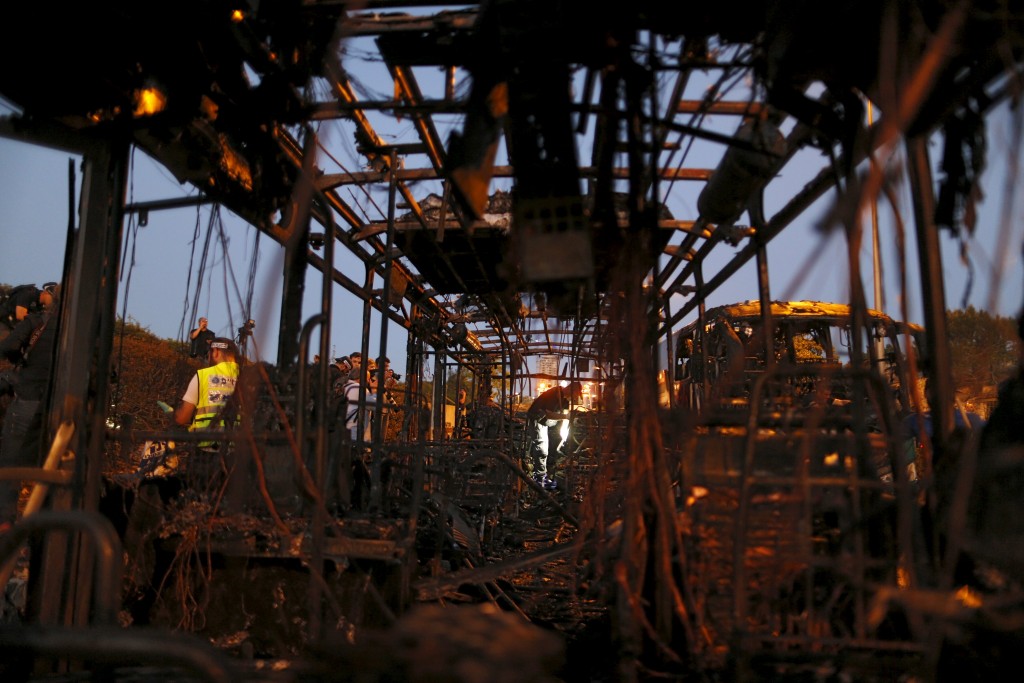 The two images were nearly the same. Taken by the same photographer, presumably moments apart, they showed the same Israeli security official inspecting the scene where a terrorist caused an explosion on a bus in Yerushalayim, injuring at least 16 people.

However, the disparity in the location of the photos was striking — and very telling.

In the dwindling but still very influential world of print journalism, location is just as important as text and images. The front page is, of course, the most valuable piece of real estate a newspaper has to offer. For those papers that still use the broadsheet-size paper, the front page is divided into two tiers —“above” and “below” the fold.

The former is seen by everyone who passes by the newsstand; the latter, only by those who actually pick up the paper long enough to see what it says on the bottom. The inside pages, in turn, are obviously read only by those who purchase — or borrow — the newspaper.

While there are numerous reasons why both newspapers are unfit for entrance into a kosher home, I was hardly surprised when a colleague left on my desk clipped-out pages of the Tuesday edition of these two publications.

On Tuesday, the primary lead of the Wall Street Journal, which is intended to be a financial newspaper, was fittingly “Dow Chambers Back Above 18000.” Immediately under it — still above the fold — was a bold headline: “Bomb Explosion Tears Through Bus in Jerusalem,” above one of the two aforementioned images.

In contrast, the left-leaning New York Times led with a photo related to the devastating earthquake in Ecuador, which, while important, had happened three days earlier. On one side was a story about President Obama’s trip to Saudi Arabia; on the other, the oral arguments at the Supreme Court about Obama’s plan for immigrants. Other stories that were deemed fit to go on the front page were about Europe’s failed attempt to rein in Google, prospects of a GOP convention fight, and a child killed in Cameroon by the motorcade of the American ambassador to the United Nations.

The NYT’s front page also had 11 more headlines on a host of stale topics such as the “World of Dogs” and “A New Home for Old Houses.”

It was only on page 6 that the NYT saw fit to print a story and photo about the terror attack in Yerushalayim, and even then made sure to put it at the very bottom of the page.

The fact that the Times’s editorial stance is rabidly anti-Israel is well documented, as is its consistently skewed coverage of almost anything related to Israel. On Tuesday it proved once again that even when it comes to choosing the location of a story, it is bias and not logic that makes these decisions.