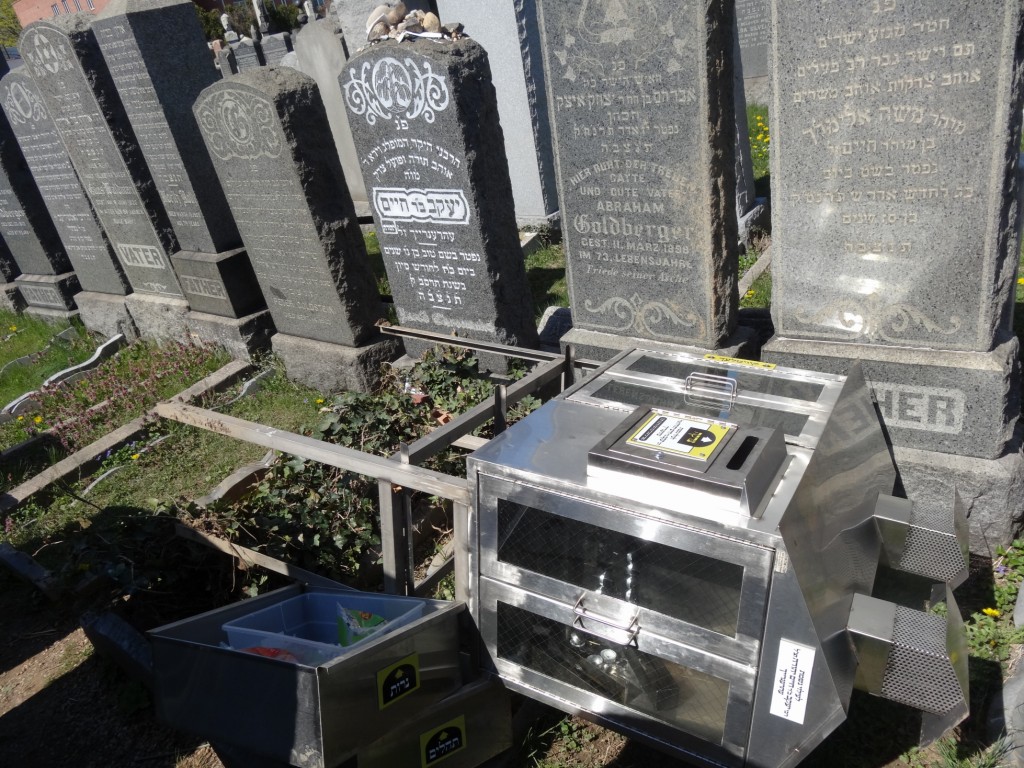 The kever of Harav Yaakov Ehrenreich, zt”l, in Washington Cemetery on the outskirts of Boro Park, was found to have been vandalized on Friday.

The candle-box, which is an extremely heavy stainless steel structure, had been toppled over but was not damaged. An askan who frequents the cemetery reports that teenagers from a local public school had been seen in the cemetery and were possibly the perpetrators. A great-grandson of Rav Ehrenreich put it back in place.

Rav Ehrenreich resided in Sabrantz, Hungary, and, at the recommendation of the Divrei Chaim, married the daughter of the Kol Aryeh.

After his arrival in New York, Reb Yaakov was a co-founder and the president of Kehillas Ahavas Yeshurun on the Lower East Side. He passed away in 1902.