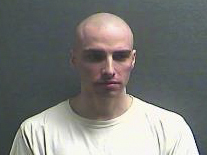 A federal judge has ruled that a suburban Cincinnati man is competent to stand trial on charges that he plotted to attack the U.S. Capitol in support of the Islamic State terror group.

U.S. District Judge Sandra Beckwith issued her order Tuesday. She scheduled trial for Nov. 1 after a Monday hearing in which a psychologist for the defense testified he believed Christopher Lee Cornell, 22, is currently able to participate in his defense.

Psychologist Scott Bresler, of the University of Cincinnati, urged that Cornell be re-evaluated before trial because his competency is “marginal.”

The psychologist who has met repeatedly with Cornell said for the first time Sunday he asked to be called “Chris” instead of an Islamic name he had adopted. His long hair and beard have been cut off.