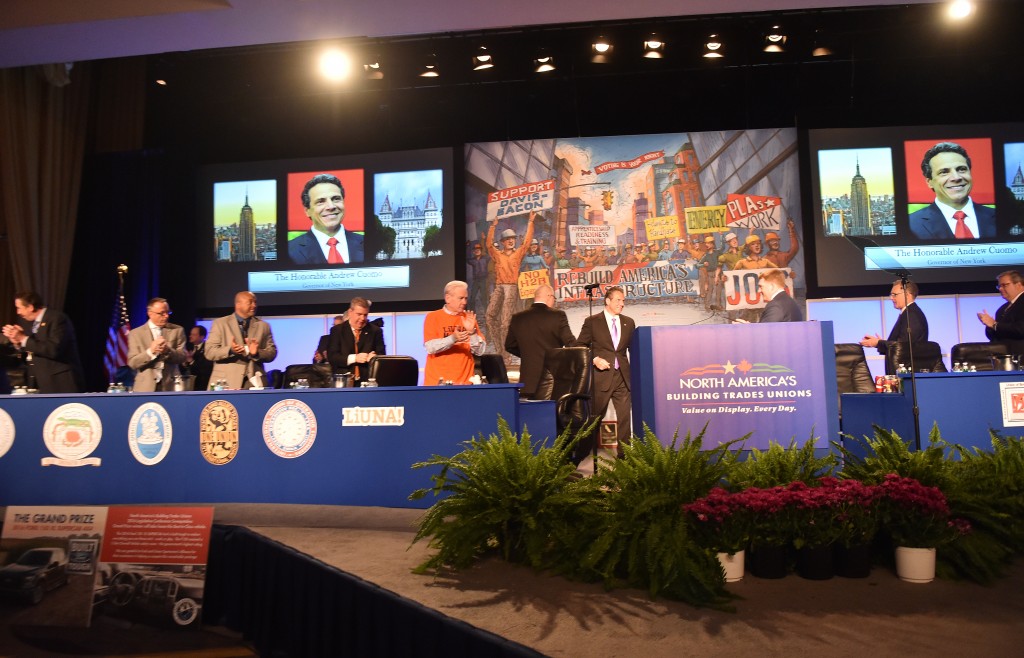 Addressing a North America’s Building Trades Unions conference, Cuomo says unions built the middle class in America and protect it, and that there’s a growing anti-union movement in the country.

The second-term Democrat was considered a pro-business centrist until after his reelection in 2014. He now tells the unionists that every state construction project in New York “is going to be built by organized labor, period.”

Cuomo and NABTU have both endorsed Hillary Clinton for president. She was scheduled to address the conference later Tuesday.