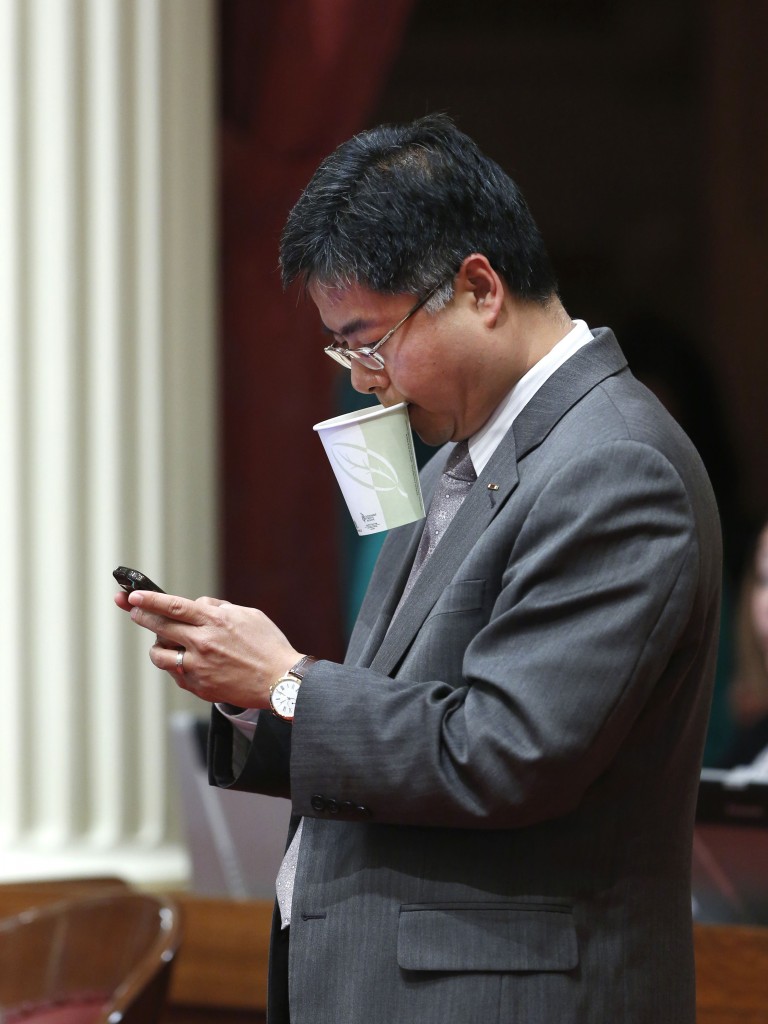 U.S. Rep. Ted Lieu (D-California) is asking for a congressional investigation after an episode of a CBS program in which his phone was hacked to show how easy it is.

In a segment that aired Sunday night, the news program purchased an iPhone in New York and sent it to Lieu in California. Lieu, who has a computer science degree from Stanford, agreed to use the phone as his personal device for a week.

CBS then gave the phone’s number to a German company that looks for security flaws in technology, and two German hackers were able to easily listen to Lieu’s phone calls.

Lieu said that when he showed up to tape the segment in Washington, the hackers had told producers which hotel he’d stayed at the night before.

“It was really creepy that they knew where I was even though the GPS was turned off,” he said by phone Monday.

The segment also shows different hackers demonstrating a technique that allowed them to access reporter Sharyn Alfonsi’s emails, ride-sharing account and credit card information when she got onto a fake wireless internet network made to look like it belonged to the hotel where she was staying.

Lieu said he’s always tried to be careful what he writes and says, but the experience has him thinking about how many elected officials are using phones that might have been hacked. He also has been using encrypted messaging systems.

“I always sort of thought that whatever I say on my phone or type in my computer … other people will potentially see it,” he said. “Now it’s very real to me.”

He mentioned in the segment that President Barack Obama recently had called him on his cellphone, as had other elected officials.

Lieu said he wants the committee to look at how big the problem is, how it can be fixed and what could happen if it isn’t. He pointed to the possibility that hackers could listen in on phone calls for stock trading secrets, foreign governments could hear conversations or rival political campaigns even could eavesdrop on strategy.

“This flaw affects everybody. It affects daily life,” he said. “There are just thousands of ways this flaw affects commerce … and national security. I’m sure the Donald Trump campaign would love to know what the Ted Cruz campaign manager is saying on his cellphone.”