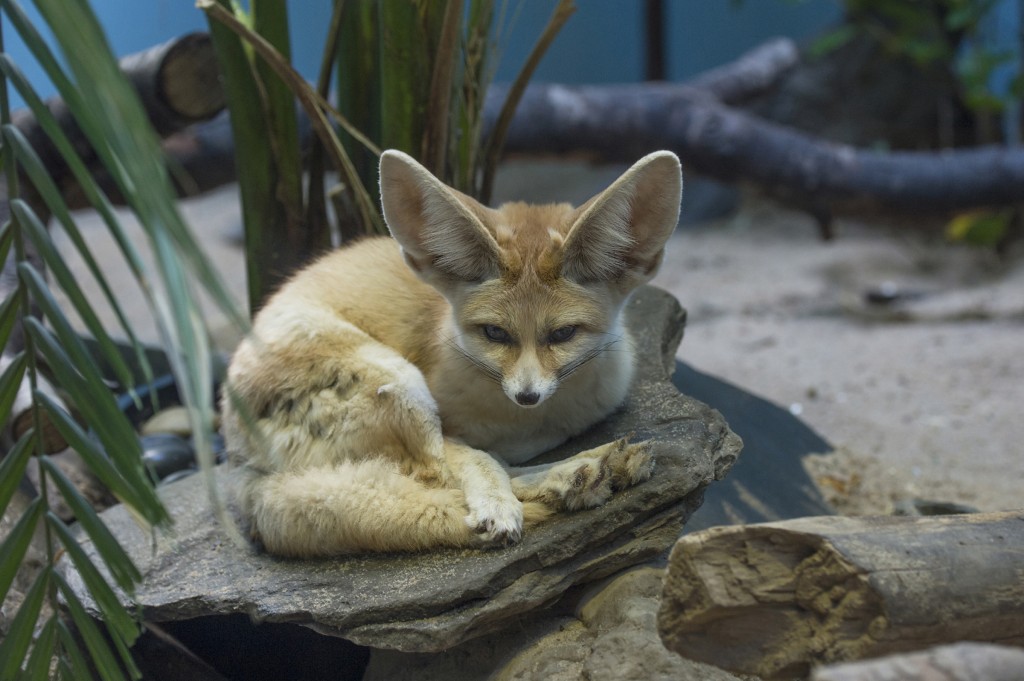 The fennec fox is the smallest fox in the world. It is common throughout the Sahara Desert and also lives in the deserts of Northern Africa and Northern Sinai.