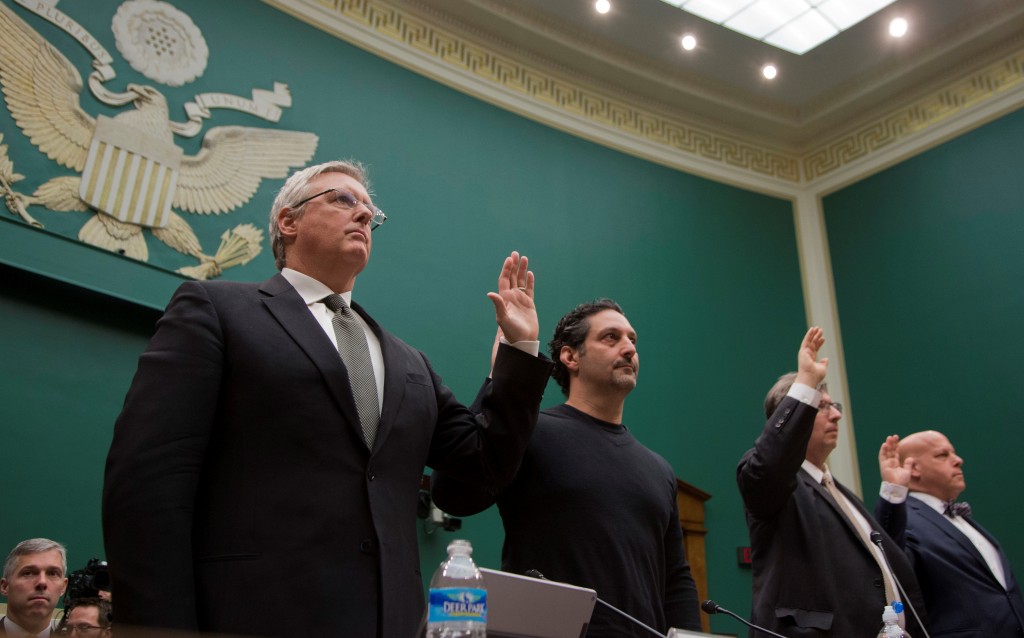 Apple has been asked by Chinese authorities within the last two years to hand over its source code but refused to do so, the company’s top lawyer told U.S. lawmakers at a hearing on Tuesday.

Apple general counsel Bruce Sewell made the statement in response to a line of attack from law-enforcement officials who have attempted to portray Apple as complicit in handing over information to Chinese authorities for business reasons while refusing to cooperate with U.S. requests for access to private data in criminal investigations.

Apple and the FBI returned to Washington to testify before lawmakers about their heated disagreement over law-enforcement access to encrypted devices, highlighted in the case of a locked iPhone linked to a gunman in last December’s terrorist shootings in San Bernardino, California.

Earlier in the hearing before a House Energy and Commerce subcommittee, Captain Charles Cohen, commander in the Indiana State Police, repeated the suggestion that Apple has quietly cooperated with Beijing. But when pressed by Rep. Anna Eshoo, a California Democrat, for the source of that claim, Cohen only cited news reports.

“That takes my breath away,” a visibly frustrated Eshoo said. “That is a huge allegation.”

The growing use of strong default encryption on mobile devices and communications by criminal suspects is handicapping investigators’ ability to pursue them, law-enforcement officials told the hearing. Apple and other companies defend the technology as integral to protecting consumers.

Thomas Galati, chief of intelligence at the New York Police Department, said his investigators had been unable to open 67 Apple devices in a six-month period from October 2015 to March 2016. Those phones were implicated in 44 violent crimes, including ten homicides, he said.

Sewell, who testified on a separate panel before the same committee Tuesday alongside technology experts, argued that any vulnerability built into its products would harm “one hundred percent” of its users.

The FBI retreated last month from its high-profile pursuit of a court order that compelled Apple to help the agency unlock a county-owned iPhone 5c tied to shooter Rizwan Farook in San Bernardino. A still-secret third party helped the government hack into it.

But the U.S. Department of Justice redoubled its efforts last week to use the courts to force Apple’s cooperation in cracking encrypted iPhones by announcing plans to continue with an appeal in an unrelated New York drug case.

The problems posed by increasingly prevalent strong default encryption are affecting federal and local-law enforcement investigations across the country, Amy Hess, executive assistant director for science and technology at the FBI, told a House Energy and Commerce subcommittee on Tuesday. Law-enforcement officials and Apple executives previously testified to Congress on March 1.

The shroud of secrecy still cloaking the method used on the San Bernardino phone has prompted criticism from security researchers who said Apple and others should be made aware of the flaw, in accordance with a White House vulnerabilities review process that favors disclosure.

But Obama administration sources have told Reuters that the group that helped unlock the device has sole ownership of the method, making it highly unlikely the technique would be disclosed by the government to Apple or any other entity.

“I don’t think relying on a third party is a good model,” said Representative Diana DeGette of Colorado, the committee’s top Democrat.

The FBI relies heavily on the “services and specialized skills that we can only get through the private industry, and that partnership is critical to our success,” the FBI’s Hess testified.