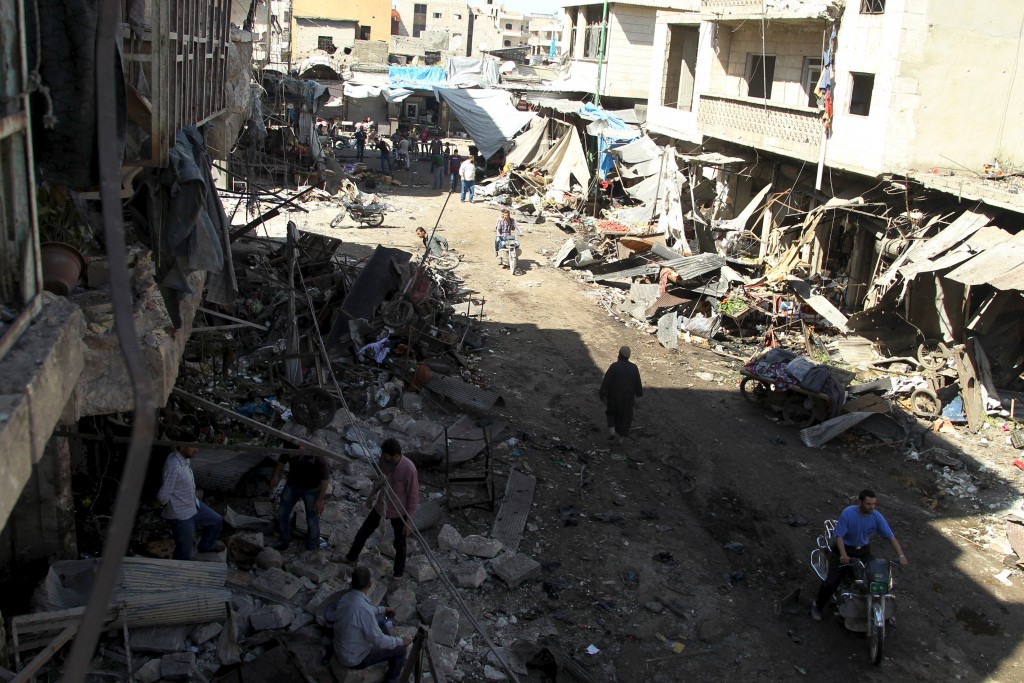 Airstrikes on a vegetable market in opposition-held northwest Syria killed around 40 people and wounded dozens on Tuesday, a rebel commander, rescue worker and war monitor said.

It was not clear if the airstrikes were carried out by Syrian or Russian war planes that have been deployed to Syria to support Syrian President Bashar al-Assad.

The rescue worker said 38 people were killed in the town of Maarat al-Numan in the insurgent stronghold of Idlib province, and said 10 people were also killed in an air strike on the nearby town of Kafr Nubl.

“We have more than 20 cars that have been moving dead and injured to hospitals in the area,” said Ahmad Sheikho, a member of the civil defense corps, a rescue service operating in opposition-held territory.

“The airstrike at the central vegetable market in (Maarat al-Numan) was around noon. Another strike at the same time hit Kafr Nubl’s own market,” Sheikho said.

Ahmed al-Seoud, head of the 13th Division, a foreign-backed faction fighting under the umbrella of the Free Syrian Army, told Reuters the air strikes hit the main vegetable market, killing around 40 people and wounding around 80.

The Britain-based Syrian Observatory for Human Rights, which monitors the conflict through a network of sources on the ground, said 37 people were killed in Maarat al-Numan and seven were killed in Kafr Nubl.

Many of the injured are in serious condition and the death toll is expected to rise, the Observatory said.

The Syrian military could not immediately be reached for comment, and state news agency SANA made no mention of airstrikes in Idlib.