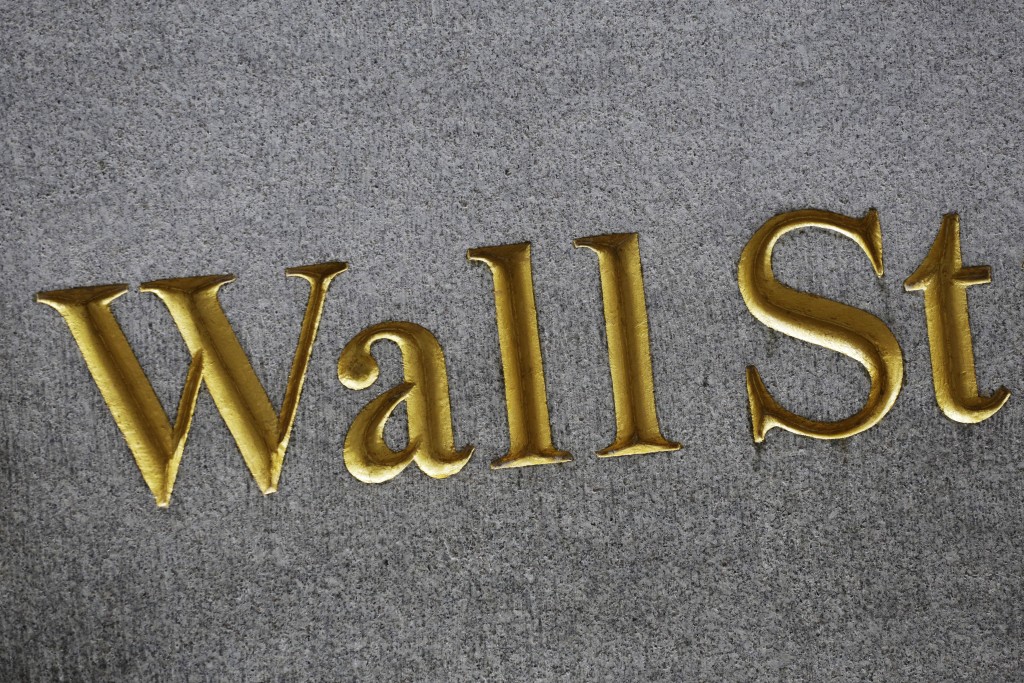 Sitting at an outdoor table down the street from the New York Stock Exchange with their deli sandwiches in plastic bags, the two compliance officers for an investment bank are far from the picture of grotesque wealth that Bernie Sanders has denounced on the campaign trail.

With their tight haircuts and wraparound sunglasses, they look more like cops than bankers, fitting for their job ensuring that transactions follow regulations. Instead of taking chauffeured cars from their estates, they ride the ferry from Staten Island, where they play in a softball league.

“I’m not making a million or a billion dollars,” said Chris Gargano, 35. “I’m just trying to pay my mortgage, like every other American.”

Sanders’ attacks on Wall Street were probably never going to win him friends among wealthy bankers. But ahead of Tuesday’s primary in New York, his condemnations ring distinctly hollow among locals. On Wall Street’s home turf, his rhetoric also could cost him votes from people who view the financial industry less as an abstract threat to the economy than as an important local business and job provider.

While Wall Street has been a popular punching bag for politicians since a financial crash sparked the Great Recession, no presidential candidate has made attacking the industry as central to his or her message as Sanders. He’s channeled populist anger over executives evading criminal punishment for their role in the meltdown, as well as the financial industry’s ability to rebound faster than the rest of the economy.

Sanders describes Wall Street’s business model as a “fraud” and pledges to break up the country’s largest banks if he’s elected.

“I, frankly, despise him,” said Michael Bachner, 59, a criminal justice attorney whose clients include Wall Street investors. There are people in the financial industry “who work their tails off to have a legitimate life and went to great schools to try to do great things and support charitable causes and do great things with their money, and he is calling them all corrupt.”

Although Hillary Clinton also has criticized Wall Street and called for tougher regulations — “there should be no bank too big to fail and no individual too big to jail,” she has said — her rhetoric hasn’t prompted the same concern from bankers and the people who work with them.

“She is just sensing the political winds and feels that it is the right thing to be saying,” Bachner said. “She is not as left on that as Sanders is. I don’t think she thinks everyone on Wall Street is a bad guy.”

Timothy Collins, 49, hears the lamentations about Sanders at the high-priced steakhouse he manages near the stock exchange.

“You couldn’t conjure someone that would scare them more,” Collins said. “If he’s elected, he’s going to come at them. His supporters are the ones with the proverbial pitchforks.”

Wall Street is central not only to Sanders’ policy platform but to his criticism of Clinton. He repeatedly has assailed her political ties to Wall Street, including donations to her super PAC, as well as her refusal to release transcripts of paid speeches she delivered to financial institutions.

And as the campaign has shifted to New York, his message has stayed the same. He’s running a new advertisement in the state that accuses banks of using campaign contributions to rein in oversight and urges voters to “send a message to Wall Street banks and the billionaires: Enough is enough.”

The senator isn’t going to change his approach, and he’s not worried about the attack backfiring, said Tad Devine, the top strategist for Sanders.

“That message is very powerful and will help us to get a lot of votes,” Devine said. “People here in New York understand that excesses on Wall Street are undermining the economy in New York and in America.”

But such indiscriminate railing against Wall Street can be bewildering to those whose livelihoods depend on the industry, according to others who have worked in New York politics.

“I don’t think, in general, beating up Wall Street is a very effective campaign tactic,” said Izzy Klein, a former aide to Sen. Charles E. Schumer, D-N.Y., who now counts some financial firms among his lobbying clients. “People want to hear solutions to problems that they’re facing, and they want constructive ideas, not just kind of bluster.”

Wall Street is more of an idea than a physical location these days. Some firms have relocated to other Manhattan neighborhoods, and more operations are located across the Hudson River in Jersey City, N.J. Far less trading is done on the floor of the stock exchange.

Still, the financial sector is the source of many jobs, not only for stock traders but also security guards and administrative assistants. Even big bonuses, the source of much consternation about the outsize incomes of Wall Street executives, can help support the economy, said Stu Loeser, who handled communications for Michael R. Bloomberg when he was mayor.

“People take their bonuses and spend them, on watches, on cars, on home renovations, on lots of things,” Loeser said.

For New Yorkers, he said, banks are less the evil corporations of the popular imagination than the source of paychecks for family and friends.

“You don’t have to like the banks to like your brother-in-law, who works for a bank, having a job,” he said. “Those are the people who can get hurt when you start breaking up banks.”

Sanders not only wants to break up some of the banks, but also reinstate financial regulations known as the Glass-Steagall Act, the Depression-era law that kept commercial and investment banking as separate businesses. Its repeal, signed into law by Clinton’s husband in 1999, was seen by some as helping pave the way for the economic reckoning to come less than a decade later.

Clinton doesn’t think that Sanders’ approach would address the problems exposed by the financial crisis and has called for stricter government oversight and new regulations to reduce risky behavior.

She also accused Sanders of not having done his homework on his own proposals and failing to detail how breaking up the banks would work during an interview with the New York Daily News.

“When asked, he could not explain how that would be done,” she said during Thursday’s debate.