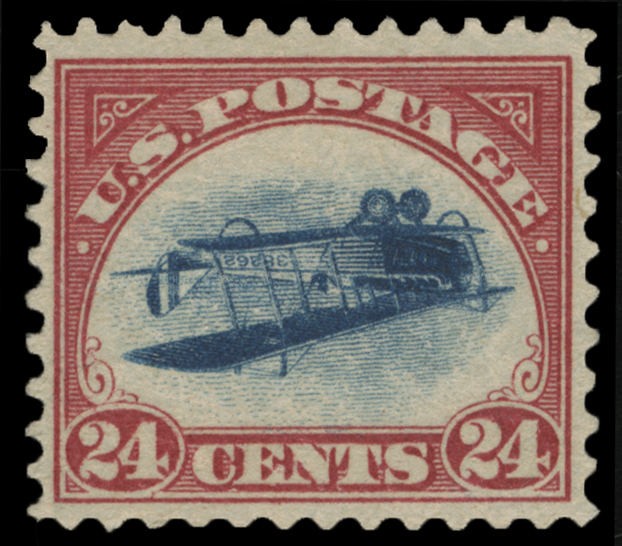 Opening a new chapter in an infamous stamp-world mystery, a valuable “inverted Jenny” stamp has surfaced six decades after it was stolen from a collectors’ convention.

The stamp — one of the world’s most famous pieces of postage — was among four of its kind taken from a 1955 collectors’ convention. While two were recovered over 30 years ago, there had been no sign of the others until this one was submitted to a New York auction house last week and authenticated.

“It’s one of the most notorious crimes in philatelic history, and there’s a piece of the puzzle now that’s in place,” said Scott English, the administrator of the American Philatelic Research Library, which owns the stamp.

The would-be consigner, a man in his 20s who lives in the U.K., said he’d inherited the stamp from his grandfather and knew little about it. The library hopes the stamp’s discovery could lead to new clues.

“We’re going to remain optimistic,” English said. “Because think about it: Here we are, 61 years later, and a stamp has appeared.”

Worth 24 cents when issued in 1918, inverted Jenny stamps fetch hundreds of thousands of dollars today. While other stamps are rarer, the Jenny is one of few that is readily recognized even by non-collectors.