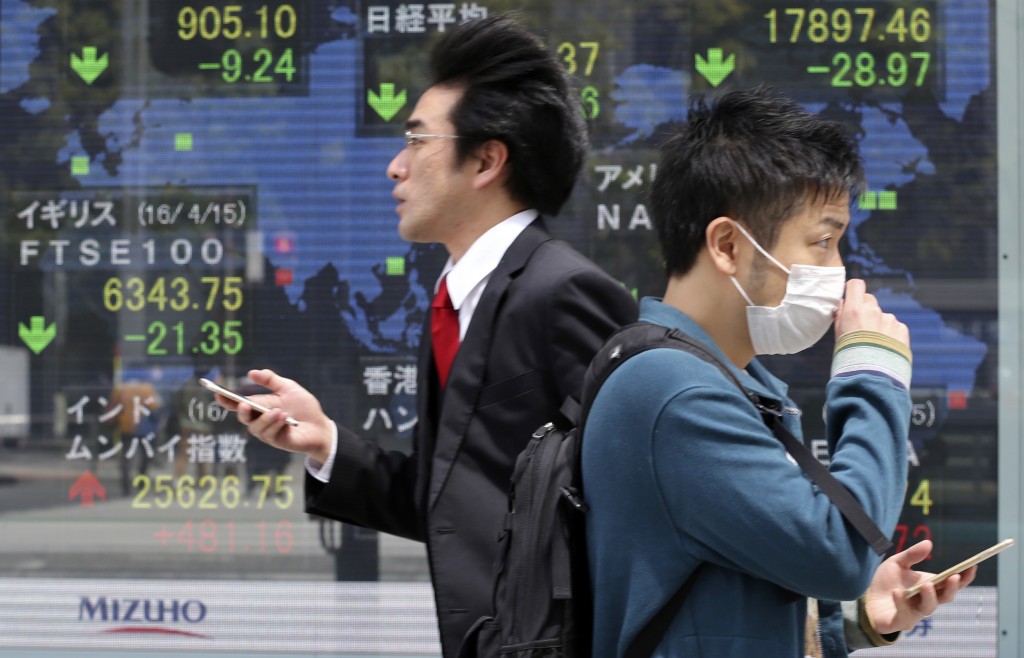 Major Asian stock benchmarks sank Monday after an effort by major oil producing nations to agree on production cuts failed over the weekend.

Oil prices rebounded slightly by midday in Asia after falling by nearly 7 percent after Iran stayed away from a weekend meeting in Qatar of 18 oil producing nations that had been expected to reach an accord on freezing production to support crude oil prices.

“Expectations for the talks to end with an agreement were high, and the lack of one damaged the credibility of future meetings to support the oil market,” Bernard Aw of IG said in a commentary.

“Asia is set for a negative start to the week, given this development. Commodities are expected to be beaten back today, and this would have consequences for equities, especially energy and material counters,” he said.

Brent crude oil, which is used to price international crude oil, fell $1.81 to $41.29 a barrel early Monday, down 4.2 percent. It tumbled 7 percent in earlier trading.

The slide in oil prices also dragged down currencies of resource-dependent countries. The Australian dollar fell 0.7 percent to 76.7 cents while the dollar rose 0.9 percent to 3.94 Malaysian ringgit.

“The collapse of the oil production freeze summit has caused a wave of selling across the commodity block currencies at today’s open,” Stephen Innes, senior trader at OANDA, said in a note to clients. “Traders will be closely monitoring oil prices and the knock-on effect on global equity markets. All of which should increase volatility and keep traders on the edge of their seats for most of the (Asia-Pacific) session.”

Oil prices hit a 12-year low in January, dipping under $30 a barrel, but had risen above $40 in recent days, buoyed by bullish talks surrounding the Doha meeting.

While the deal’s collapse sets a downbeat tone for the start of the trading week, investors will remain cautious as they await other news trickling out over the next few days for hints on the global economy’s health, including quarterly earnings, U.S. housing data and a European Central Bank meeting.

“People are just sitting on the sidelines still,” said Andrew Sullivan of Haitong Securities. “People are very wary of what they’re going to do with their money.”

Investor sentiment in Japan was also pressured as the yen hovered near its strongest level in 18 months crimping the outlook for the country’s exporters.