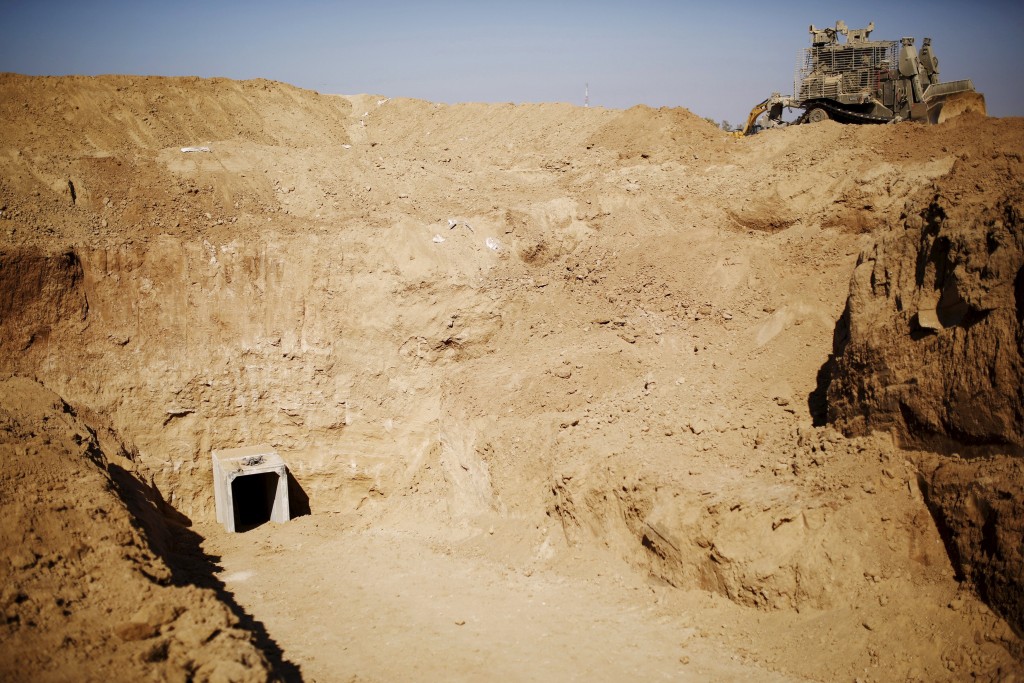 With incontrovertible proof furnished Monday that Hamas has been digging new terror tunnels under Israeli homes, a host of questions have been raised about Israeli policy regarding Gaza, and what Israel plans to do about the renewed attempts by Hamas to prepare for another war with Israel. MKs, government officials, and citizen councils all weighed in Monday morning on what needs to be done.

Defense Minister Moshe Yaalon said that despite the current period of quiet in southern Israel, “we have never fooled ourselves on who we are dealing with and on Hamas’s intentions. We are dedicating all our efforts to finding these tunnels, using a vast array of operational and technological tools, most of which are hidden from sight. This is one of the IDF’s primary objectives. I call on the residents of the Gaza border area to continue with their regular routines.”

The IDF Southern Command  said that the discovery of the tunnel was the result of “ongoing work” by the IDF. “We will continue to search for these tunnels, using all the means that are at our disposal both above and below ground,” it said.

The question of what Hamas has been doing with all the funds it has been receiving for the “rehabilitation” of Gaza is a point that is sure to be debated in the coming days. Education Minister Naftali Bennett said “Hamas has not learned its lesson. They have defined the tunnel project as one of ‘national importance.’ The time has come for Israel to put a stop to this project which threatens Israel. The discovery of this tunnel justifies any act Israel would undertake.”

The appropriate response for Israel is the immediate attack of Hamas, said Jewish Home MK Shuli Moallem-Refaeli. “The discovery of the tunnel proves that Hamas is not interested in isolated terror attacks, but in a major action that will cost the lives of many Israelis. We must not wait for the day that such an attack happens and try to then ‘justify’ an attack before the world. The price we will pay then will be too high, and the world will condemn us anyway. Now is the time to act.”

Perhaps in response to calls like those from Moallem-Rafaeli, Hamas said that it would conduct a “major security drill” in the Gaza border area. In a statement, Hamas said Monday that the tunnel Israel had discovered was an old one, and had already been used in Operation Protective Edge.

Also likely to generate much commentary in the coming days is the dismissal of concerns by the residents of the Gaza border area, who for months have been complaining that they have been hearing noises under their homes – with the complaints more or less dismissed by the security establishment. Gadi Yarkony, head of the Eshkol Regional Council – the area where the tunnel’s exit was discovered – said that while he was very happy that the tunnel was discovered before Hamas could use it to attack Israelis, “it is a shame that we have been warning over and over that Hamas was continuing its work” with no one paying attention. “We expect the army to continue to provide security to the Gaza border area.”