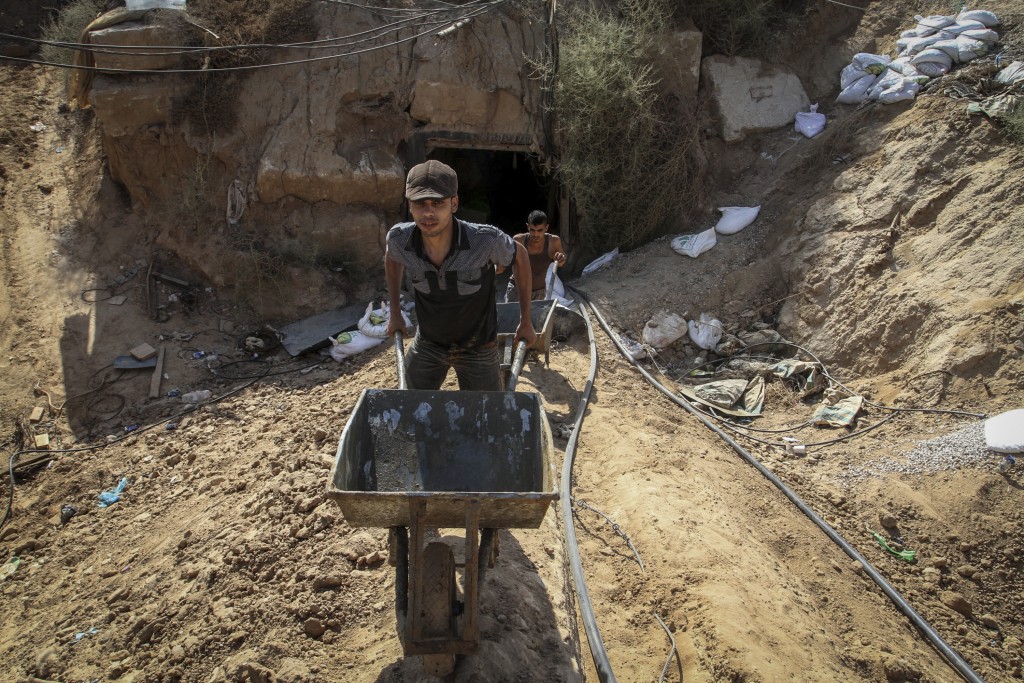 Perhaps to save face, Hamas sources said Monday afternoon that the terrorist who supervised construction of the tunnel that the IDF announced Monday morning that it had found in recent activities had disappeared. According to reports in the Palestinian media, Israel Radio said, Mahmoud Jasr Awad Al-Atwana apparently absconded to Israel after Monday’s announcement. According to witnesses quoted in PA media, Al-Atwana was last seen walking towards one of the crossing points into Israel.

The report did not directly charge Al-Atwana with revealing the location of the tunnel to the IDF. However, Hamas sources said that five Gaza Arabs were arrested Monday for “cooperating with Israel.” Three of the individuals convicted in a military court on Monday were immediately hanged, the report said. The other two will be shot by a firing squad later this week.

In its first response to the IDF report, Hamas claimed that the terror tunnel unveiled Monday morning was an old one, built before 2014’s Operation Protective Edge, and not afterwards, as the IDF claimed. However, in a second statement later Monday, Hamas said that the tunnel was indeed a new one, and that there were many like it. “What the enemy found is just a drop in the ocean that Hamas has prepared to defend the Palestinian people and redeem the holy places, the land, and the prisoners,” the statement said.

The IDF released for publication Monday morning that the army had several days earlier discovered a tunnel, apparently dug by Hamas, that crossed under the Gaza fence into Israeli territory. The tunnel was discovered via a combination of intelligence information and technological means. According to the statement, the tunnel was a new one, having been dug since the conclusion of Operation Protective Edge in 2014.