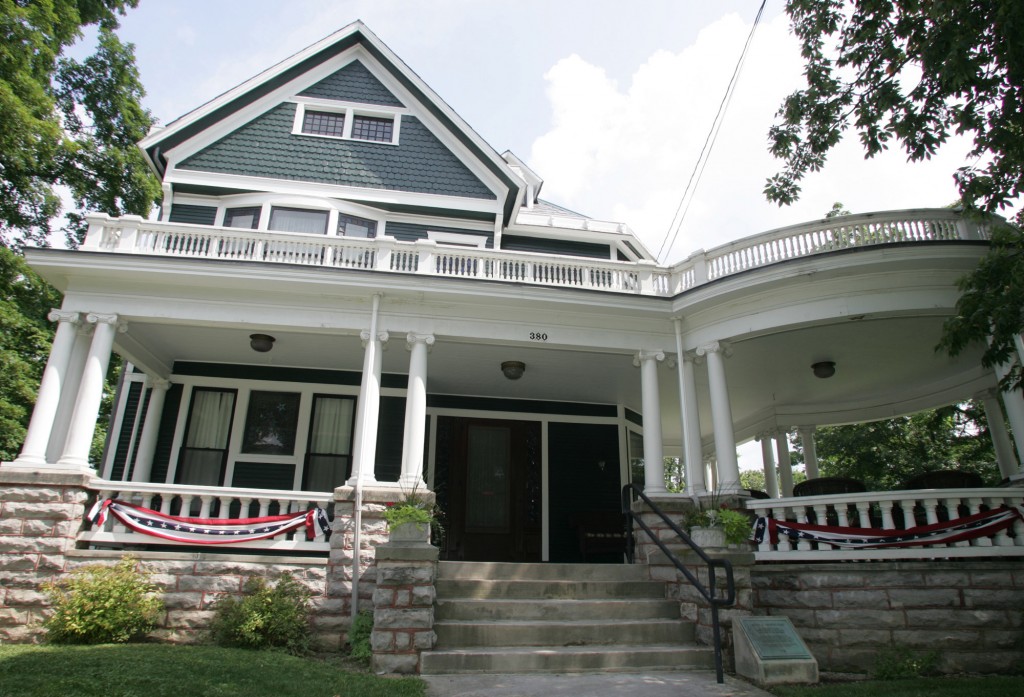 Fundraising efforts have begun to restore President Warren G. Harding’s home and build a 15,000-square-foot presidential center at the property by 2020.

Plans for the $7.3 million Harding 2020 project include restoring the Press House and grounds and building a new parking lot on the property, located about 45 miles north of Columbus in Marion. The center would serve as a museum and meeting space.

Officials say the center is expected to open on the 100th anniversary of Sen. Warren G. Harding’s 1920 presidential election. Campaign buttons featuring the slogan “Harding 2020” are being used to kick off the fundraising efforts.

Site manager Sherry Hall said the interior and exterior of Harding’s 2,500-square-foot home and the Press House will mirror their 1920 appearance.

“Quite frankly, this president deserves for his story to be told,” Hall told The Plain Dealer. “This is a project that has been in the back of everyone’s minds for decades.”

Interactive exhibits would help visitors learn about the nation’s 29th president. The museum also would educate visitors about his time as a newspaper publisher.

Harding’s presidential papers would be moved to Marion from the Ohio History Center in Columbus.

The house became nationally known when Harding spoke in front of his porch during his three-month presidential bid. More than 600,000 people visited Marion to hear Harding speak.

Harding died in 1923, less than three years into his presidential term. His wife, Florence, died a year later.

Their home was opened to the public in 1926 as a temporary museum. It was restored to its early 1900s design in 1965, but has remained relatively untouched since then.

“The restoration of the home and property will allow visitors to more closely feel the 1920 campaign,” Hall told The Marion Star. “Seeing the exact wallpaper patterns that Mrs. Harding chose for the home, stepping into the addition of the kitchen which will be rebuilt is education that you can’t get from a book or the internet.”