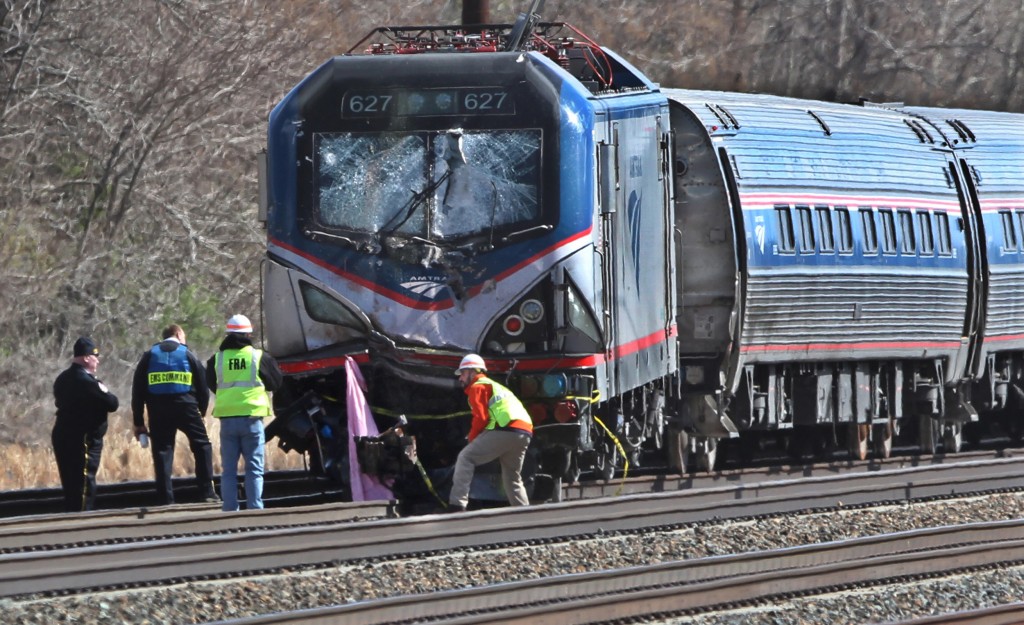 A backhoe operator had a right to be on the tracks periodically on the weekend an Amtrak train slammed into it, killing the operator and a supervisor, federal crash investigators said Monday.

The National Transportation Safety Board, in its latest report on the April 3 crash south of Philadelphia, said the track where the backhoe was operating was shut down at times during a 55-hour maintenance window.

It remained unclear whether the track in Chester was closed to trains at the exact time of the crash.

“NTSB investigators are confirming what roadway worker protections were in place at the time of the accident,” the agency said.

The southbound Palmetto train was heading from New York to Savannah, Georgia, at about 8 a.m. when it struck the backhoe at 106 mph. The impact derailed the lead engine of the train, which was carrying more than 300 passengers and seven crew members. More than 40 people were hospitalized, most with scrapes and bruises.

Amtrak has since ordered rail workers to be retrained on basic safety rules following a directive from the Federal Railroad Administration. The directive suggested the collision must have followed a breakdown in communication.

On the weekend of the crash, ground crews were performing maintenance work on the bed of an adjacent, closed track. The NTSB report said three nearby tracks, including the one used by the Amtrak train, were shut down periodically throughout the weekend to protect a backhoe that was being used to work on the track bed.

The engineer reported that he braked after “seeing something” on the track, the NTSB said Monday. Investigators have previously said the engineer only had five seconds to brake before the collision.