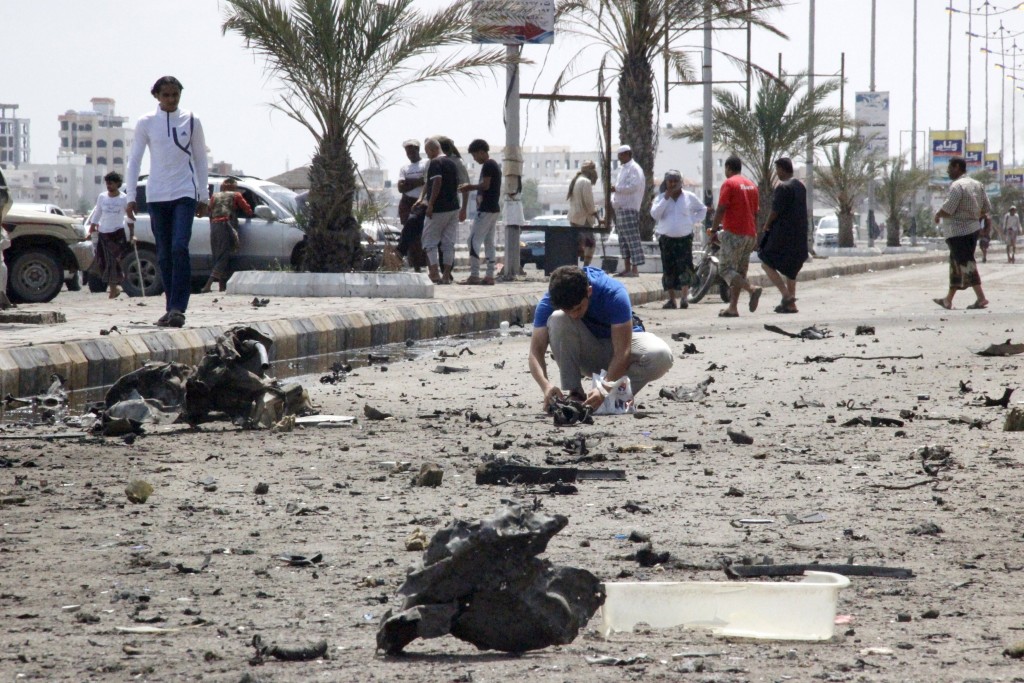 Yemeni police said they foiled two bomb attacks near the airport in the southern port city of Aden early on Sunday, a day before peace talks were due to start.

Police at a checkpoint opened fire at a car traveling at high speed which then exploded, wounding at least five officers, the force said.

Officers also disarmed a booby-trapped car parked on a beach road near the airport in the northeastern part of the city, police added.

No one has claimed responsibility for the planned attacks near the airport, which has been closed for months for renovations.

Islamist terror groups including al-Qaida and Islamic State have exploited Yemen’s year-long conflict to strengthen their grip on parts of the poorest country in the Arabian Peninsula.

Peace talks between the government of President Abd-Rabbu Mansour Hadi and the Iran-backed Houthi movement are scheduled to start in Kuwait on Monday to try to end the fighting that has killed more than 6,200 people.

Terrorists have repeatedly carried out attacks in Aden, temporary seat of Hadi’s government.

On Friday, a car bomb was detonated outside the foreign ministry building in Aden but caused no casualties.