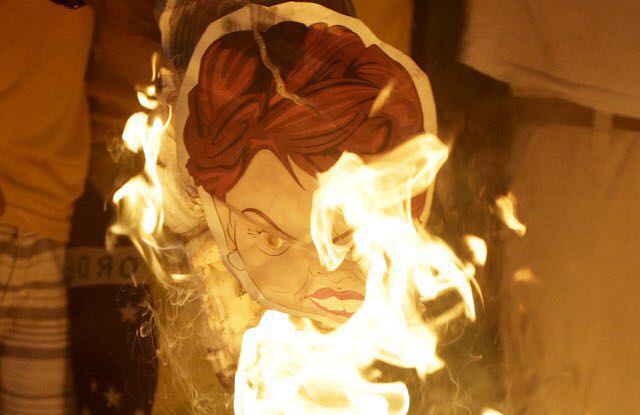 Brazil’s lower house of Congress voted late Sunday to impeach President Dilma Rousseff, delivering a major blow to a long-embattled leader who repeatedly argued that the push against her was a “coup.”

Rousseff is accused of using accounting tricks in managing the federal budget to maintain spending and shore up support. She has said previous presidents used similar maneuvers and stressed that she has not been charged with any crimes or implicated in any corruption scandals.

However, she failed to secure the support she needed, and the needed two-thirds of lawmakers in the Chamber of Deputies voted to oust her.

With at least 342 of 513 deputies voting in favor of impeachment, the measure passed. Several lawmakers had yet to vote, so the final tally could be an even wider victory for the opposition.

The measure now goes to the Senate. If by a simple majority the Senate votes to take it up and put the president on trial, Rousseff will be suspended.