Business AUTO REVIEW: 2016 Lincoln MKX Has the Engine to Return to the Spotlight
Business 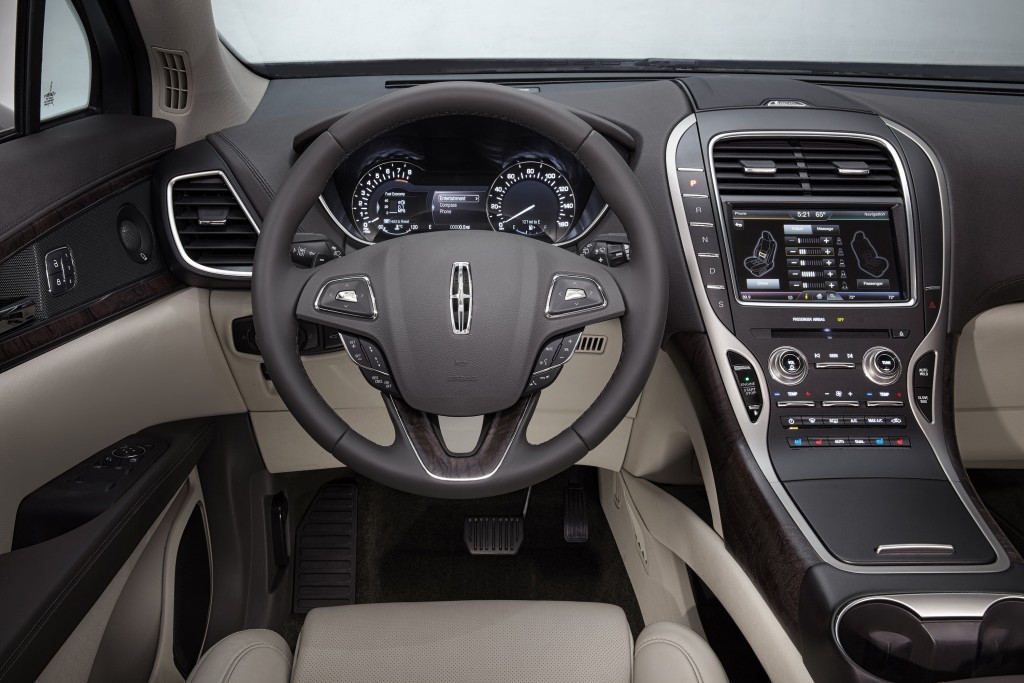 Lincoln got lost in the late 1990s, disappearing beneath the relentless waves of sleek German vehicles washing ashore.

It just couldn’t swim, dragged down by a heavy legacy of vinyl tops and wire-wheel hubcaps and gauche gold trim when people wanted performance and Euro panache.

Even with the early success of the big Navigator SUV, Lincoln appeared bound for the bottom, another also-ran, lot lizard sedan.

That seemed especially harsh for a storied old brand founded by Henry Ford in 1917.

But as you may have heard, Lincoln wants badly to resurface in the luxury segment.

Last year, it introduced the chiseled and fairly impressive MKC, a near-luxury compact crossover based on a Ford Escape.

The MKC was joined this year by the MKX, a midsize crossover that, like the MKC, is based on a mainstream platform (the Ford Edge) but treated to fresh styling, a retuned engine and vastly better interior.

I suppose it says a lot about this faux-trucky era we’re in that Lincoln chose two crossovers — two soft, sort-of SUVs — to get its wagon back on the road.

At least the dark brown 2016 Black Label MKX I had recently felt high-end and quietly distinctive — two qualities Lincoln wants all of its new vehicles to convey. (The crossovers, incidentally, will be joined by a new Continental sedan this fall.)

First, though, I’ve got to tell you that the $67,000 window sticker on my MKX absolutely stunned me.

Granted, the Black Label is the top-of-the-line MKX, but that’s a mighty high price for a vehicle that must compete with the $55,000 Lexus RX350 — and certainly can’t claim that it’s back on top.

Still, the MKX offers a lot, starting with better styling than the Lexus. Gone, for example, is the MKX’s former waterfall grille, replaced by a more graceful split grille with horizontal bars that abut large, sweeping headlamps.

The trucklet’s broad hood looked a bit busy to me, with four lines carved into it. But the thick sides flashed some nice muscle, thanks to a prominent character line up high that kicked up above the back door handle, forming a small shoulder.

Moreover, short overhangs and a sleek, slightly curved top made the MKX look taut for a 4,700-pound vehicle.

In back, in a nod to Lincoln tradition, wrap-around taillamps were joined by a thin, lighted red band that ran the full length of the rear.

While all of that makes for a strong start, I thought the best feature in the MKX — the item that really distinguishes it from the RX350 — resided under the hood.

Lincoln took the energetic 2.7-liter EcoBoost V-6 that Ford developed for its new F-150 pickup, retuned it to 335 horsepower and tied it to a six-speed automatic tranny.

The little engine’s big turbocharged power gets delivered with authority through a civilized all-wheel-drive system.

Prod the engine hard, and it responds quickly without any noticeable turbo lag, lunging to 60 in a highly respectable 6 seconds, according to Car and Driver.

That’s about a second quicker than the segment-leading Lexus, and more important, the EcoBoost motor felt bigger and stronger than its size throughout its broad power band.

Likewise, unfortunately, it put up fuel economy numbers like a V-8’s — a modest 17 miles per gallon in town and 24 on the highway.

Also, sometimes when I was cruising down the expressway, admiring its rich diversity of billboards, the engine would seem a little soft if I needed to step into it to pass someone.

So I learned to push harder, forcing the transmission to downshift and sending us off to the races again, riding a satisfying wave of power all the way to 6,000 rpm.

Like most luxury and near-luxury vehicles, the MKX carried a full load of nannies, including active-park assist, a front-video camera, an irritating lane-keeping system and adaptive cruise control.

Lincoln’s goal with its new vehicles is to provide “quiet luxury” and as you would expect, the MKX moves with the sort of hushed refinement once associated with the old Town Car.

Unlike the Town Car, though, the MKX turns into corners cleanly and with a fair amount of grip.

Granted, it’s no Ford GT. But if you do get into some mountain twisties — and you may have to drive a half-day to do that — the MKX won’t make everyone car sick with its softness.

Body lean was surprisingly minimal, and the steering felt about right — well-weighted with good road feel.

Meanwhile, the light brown interior in the MKX ranked a close second to the engine, and that comes from someone who would happily walk six blocks in 100-degree heat just to hear a salty engine idle.

It started with the rich, slightly pliable brown dashboard that curved over the instrument panel and rolled down onto the glove compartment.

A medium-size display screen topped a large center stack, fitted on the left side with five buttons — P, R, N, D and S — for controlling the transmission.

Shades of Edsel, I suppose, though I preferred it to the unnatural-feeling electric shifters in German cars.

Nice-looking, subtle slashes of dark wood trimmed the edges of the console and the padded door panels, and the leather seats in the MKX looked like furniture.

Stitched in a flat tone of medium-brown leather, they offered supportive bolsters and perforated centers. In addition, leg- and head-room in back were good, even for normal-size Americans.

It may all be working. Through February, Lincoln’s sales were up 19 percent, paced by the MKC and MKX.

For a while there, in the really lean years, I wondered if Lincoln was hiding out in Des Moines or Toledo or some other meat-and-potato town, waiting for the Germans to go home.

Lincoln, I think, is back in the sun.