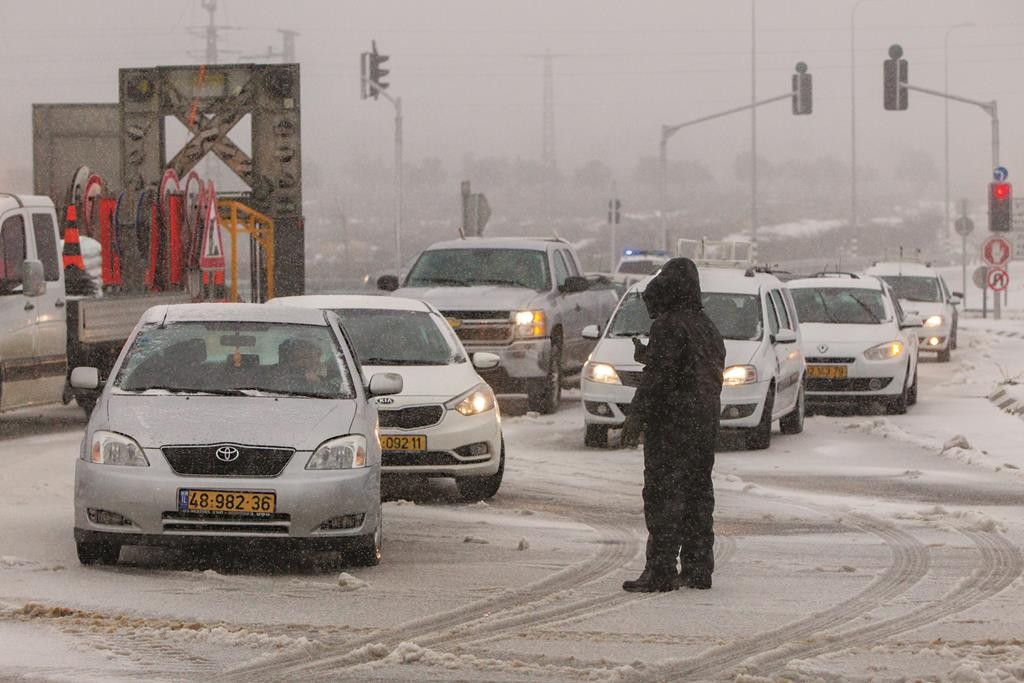 Several firebombs were thrown at Israeli vehicles Motzoei Shabbos in central Shomron. One attack occurred near the Arab village of Nabi Elias, several kilometers east of Kfar Sava, and a second one occurred near the Israeli town of Karnei Shomron. There were no injuries or damage in the attacks.

Over Shabbos, there were 31 rock and firebomb attacks by Arabs against Israelis. Attacks occurred in Yerushalayim, northern Shomron, and the town of Tekoa in Gush Etzion, among other places.

On Motzoei Shabbos, six Israeli vehicles drove up to the Maccabim checkpoint on Road 443 with what appeared to be yellow paint on the windshield and windows, IDF soldiers reported. The soldiers began investigating the possibility that the drivers had been attacked by a “paint bomb” thrown by Arabs, but an investigation concluded that it was not paint that “decorated” the vehicles – but dead insects. The drivers had apparently driven into a horde of insects at high speed, with many of them ending up on the vehicles. No injuries were reported in the incident.