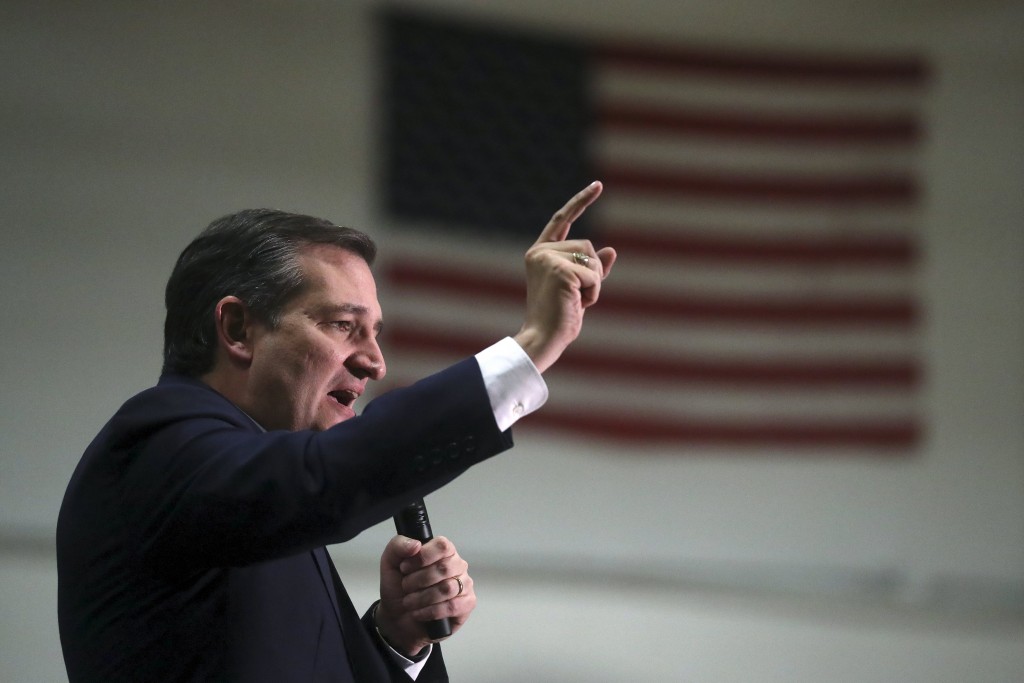 Republican presidential hopeful Ted Cruz won all 14 delegates at stake on Saturday in Wyoming, besting rival Donald Trump, who made little effort to win the rural state, and further narrowing the gap in the race for the party’s nomination.

Cruz is trying to prevent Trump from obtaining the 1,237 delegates needed to secure the Republican nomination at the July convention in Cleveland. By continuing to rack up small wins, Cruz is gaining ground on the New York real estate mogul, who has thus far failed to shift his focus on the local-level campaigning necessary to win delegates.

Trump has been critical of the process, again on Saturday calling it “rigged” while speaking at a rally in Syracuse, New York. He has repeatedly complained about Colorado, which awarded all 34 of its delegates to Cruz despite not holding a popular vote.

Trump said his supporters are becoming increasingly angry with states such as Wyoming and Colorado.

“They’re going nuts out there; they’re angry,” Trump said in Syracuse. “The bosses took away their vote, and I wasn’t going to send big teams of people three, four months ago, have them out there.”

While Trump has won 21 state nominating contests to Cruz’s 10, the billionaire leads the Texas senator by only 196 delegates (755-559). That means he must win nearly 60 percent of those remaining before the party’s political convention in July.

Wyoming does not hold a primary vote. Instead, 475 party activists convened in Casper on Saturday to hold a state convention and award 14 delegates.

Previously, 12 other delegates had been designated at county-level conventions. Cruz won 10 of those, with one going to Trump and another being elected as “unbound.”

Cruz spoke at the convention, capping off a months-long effort to organize support in the state. Trump had originally planned to send former Alaska Governor Sarah Palin, who remains popular among conservatives, as a surrogate, but she canceled at the last minute.

Cruz spoke about local issues in Wyoming, the largest coal-producing state. He discussed the Democratic “attack” on the fossil fuel, saying President Barack Obama has tried to put the coal industry out of business through government regulations targeting air pollution.

“America is the Saudi Arabia of coal, and we are going to develop our industry,” Cruz said.

At the same time, Trump was speaking at a rally in Syracuse, New York, ahead of the state’s Republican primary on Tuesday.