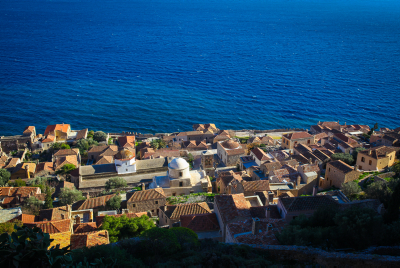 Greece wants tourists from Israel, and it’s willing to pay for them – by granting them a 20 percent discount on everything they buy on a vacation they take in 2016. Israel is one of four countries that was granted the discount. Israelis, along with Americans, Turks and Russians, will get 20 percent off everything in the country, from flights to Greece to hotel rooms to shops.

This is the first time such discounts have been offered, and the move is designed to increase tourism to Greece, which is trying to revive its travel industry after the protests of the last several years over economic cutbacks that scared off tourists. The move also comes amid growing security problems in both Turkey and Egypt, traditionally competing Mediterranean destinations for tourists in the region. By cutting prices, Greece hopes to solidify its position as the go-to destination for Mediterranean tourists.

The country plans to grant the discount to tourists from four countries each year over the next several years. In 2017, tourists from China, Iran, the Balkan states and the European Union will get 20 percent off their vacations.

In addition to the discount, tourists are eligible for VAT sales-tax refunds on purchases of 120 euros or more. VAT in Greece is currently 23 percent of the cost of an item.