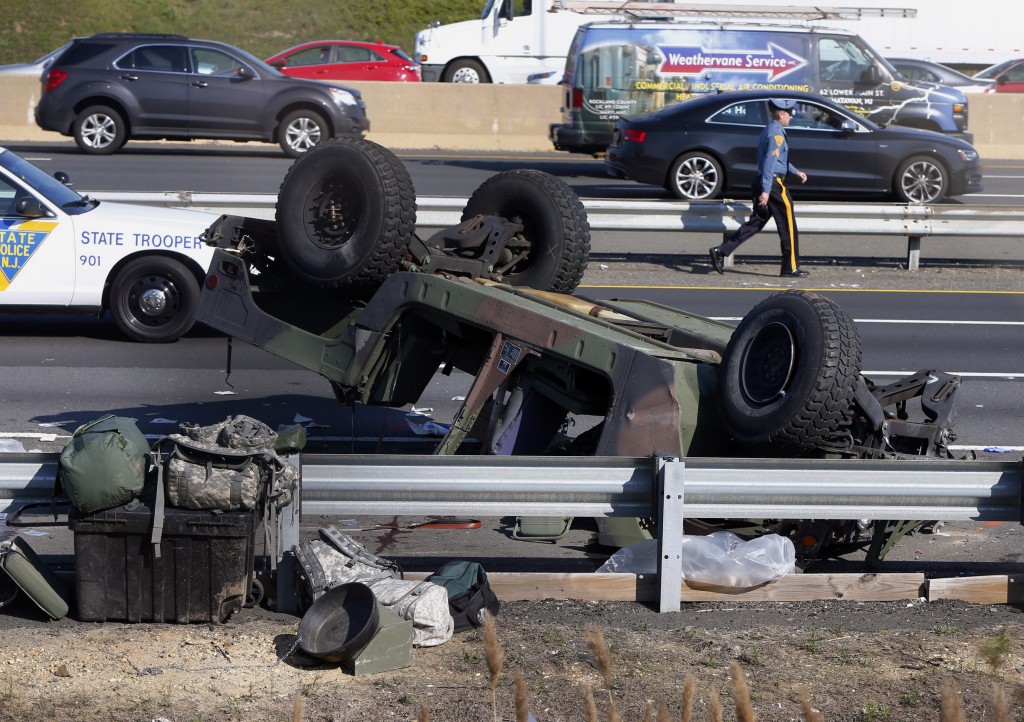 On Friday, State Police Sgt. Jeff Flynn said that investigators are still trying to determine what caused the vehicle to strike a guardrail and turn over in South Brunswick on Thursday.

The driver, 24-year-old Sgt. Gedry Concepcion-Munez of The Bronx is in serious condition.

The soldiers are from the 533rd Brigade Support Battalion stationed at Fort Totten in Queens.