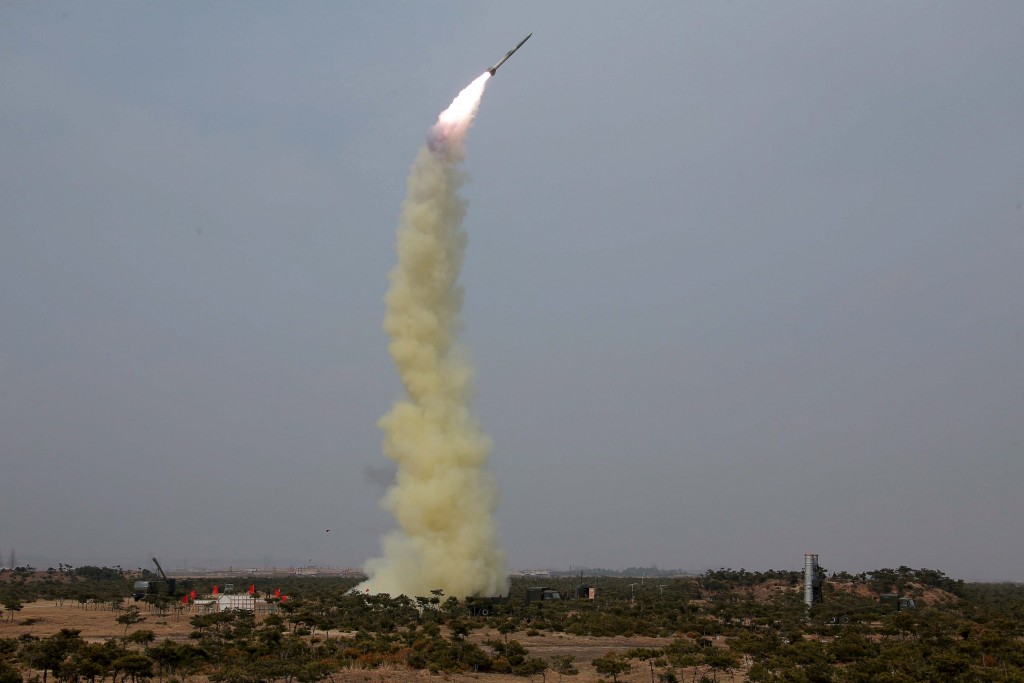 North Korea has deployed one or two intermediate-range ballistic missiles on the east coast, possibly preparing for launch on or around Friday, the anniversary of the birth of the country’s founder, South Korea’s Yonhap news agency reported.

A mobile launcher was spotted carrying up to two Musudan missiles, Yonhap said on Thursday, citing multiple South Korean government sources, following the North’s fourth nuclear test in January and a long-range rocket launch the next month, which led to fresh U.N. sanctions.

The Musudan missile, with a design range of more than 3,000 km (1,800 miles), is not known to have been flight-tested, according to the South Korean Defense Ministry and experts.

Some experts said the North may choose to test-fire the Musudan in the near future as it tries to build an intercontinental ballistic missile designed to put the mainland United States within range.

South Korea’s Defense Ministry spokesman, Moon Sang-gyun, declined to confirm the Yonhap report but said the military had been on high alert for any missile launch by the North since its leader Kim Jong Un’s vow to conduct more tests.

North Korea, which regularly threatens to destroy the South and the United States, often fires missiles during periods of tension in the region or when it comes under pressure to curb its defiance and abandon its weapons programs.

South Korean experts have said the North may choose to display a show of force ahead of a major ruling party congress in May where it is expected to declare itself a nuclear power, or around the April 15 anniversary of the birth of Kim’s grandfather, Kim Il Sung.

Isolated North Korea and the rich, democratic South are still technically at war after the 1950-53 conflict ended in a truce, not a peace treaty.

North Korea accused South Korea on Tuesday of abducting its citizens in China, four days after South Korea said 13 workers at a restaurant run by the North had defected.