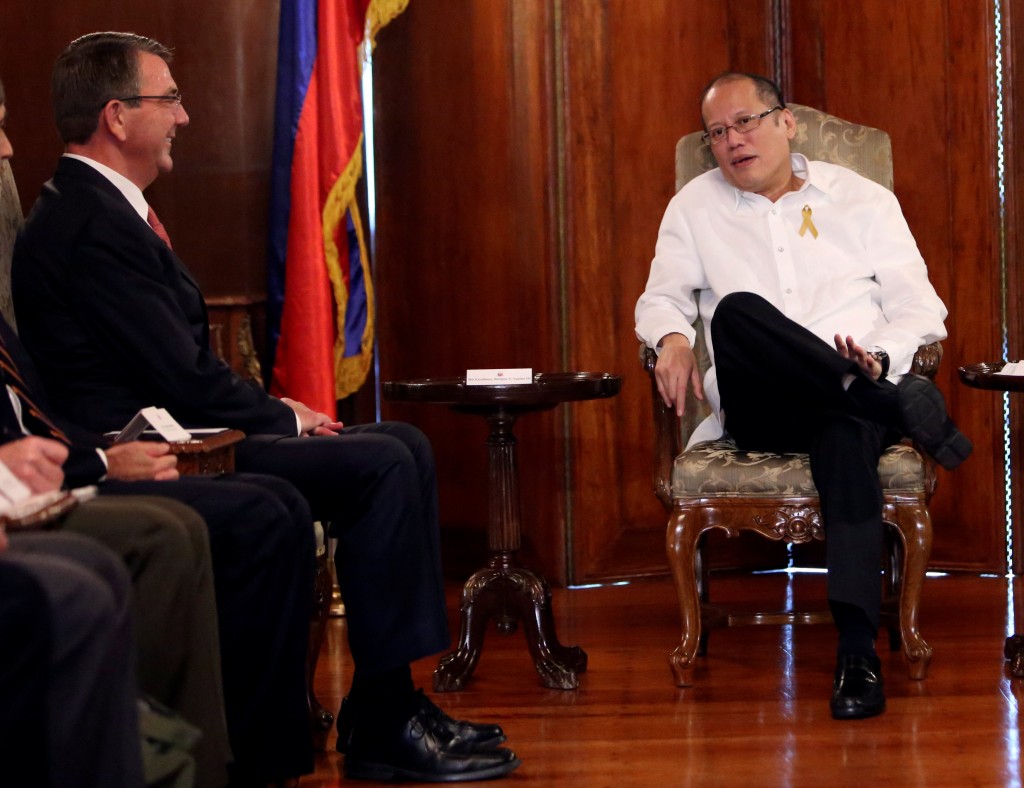 U.S. Defense Secretary Ash Carter said on Thursday that U.S. troops and military equipment would be sent on regular rotations in the Philippines and that the two countries had started joint patrols in the South China Sea as China increasingly asserts its territorial claims.

The initiatives are designed so that the United States does not increase its permanent footprint in its former colony, but they demonstrate that the two countries are increasing security cooperation amid joint concerns over China’s actions in the region’s disputed waterways.

Countries across the region have expressed concern over China’s activities, but the broader American military presence was not meant to provoke conflict with the Chinese, Carter said.

“There will be a regular, periodic presence here of American forces,” Carter said at a news briefing in Manila with Philippine Defense Minister Voltaire Gazmin. “The things that we’re doing here are part of a pattern that goes back decades. They’re by the invitation of an alliance partner.”

The first U.S.-Philippines joint patrol in the South China Sea occurred in March and a second one happened early this month and would occur “regularly” in the future, the Pentagon said.

The United States has recently conducted such joint patrols in the South China Sea with Japan, but they are still relatively unusual.

Carter did not say specifically where in the South China Sea the patrols took place.

China claims almost the entire South China Sea, believed to have huge deposits of oil and gas. Brunei, Malaysia, the Philippines, Taiwan and Vietnam also have claims to parts of the waters, through which about $5 trillion in trade is shipped every year.

The Philippines has disputed China’s claims in a case it has brought before an international arbitration court. China does not recognize the case.

A contingent of U.S. military aircraft and 200 U.S. airmen from U.S. Pacific Air Forces would be at Clark Air Base, a former U.S. Air Force base, through the end of the month, Carter said.

In addition, up to 75 U.S. troops, mostly Marines, would remain in the Philippines “on a rotational basis” after the conclusion of joint “Balikatan” U.S.-Philippines military exercises this week. The troops would support “increased operations in the region,” the Pentagon said.

The announcement of new rotations comes just weeks after the two countries reached a separate security deal that allows a rotating U.S. military presence at five bases in the Philippines.

The Philippines is one of the oldest U.S. allies in Asia, and hosted permanent U.S. military bases until 1992. But the country’s Senate voted to evict the United States in 1991, and the two countries’ military cooperation dwindled.

The left-wing Bayan (Nation), an umbrella group of Philippine nationalist and anti-U.S. organizations, dismissed the earlier deal, called the Enhanced Defense Cooperation Agreement, as a move by the U.S. military to create a permanent presence in the Philippines as a platform from which it could dominate the region.

“Our dispute with China can never be used as a reason to allow another country to violate our sovereignty,” its secretary-general, Renato Reyes, said in a statement. “It cannot be used to justify the return of U.S. bases under a questionable and open-ended agreement.”