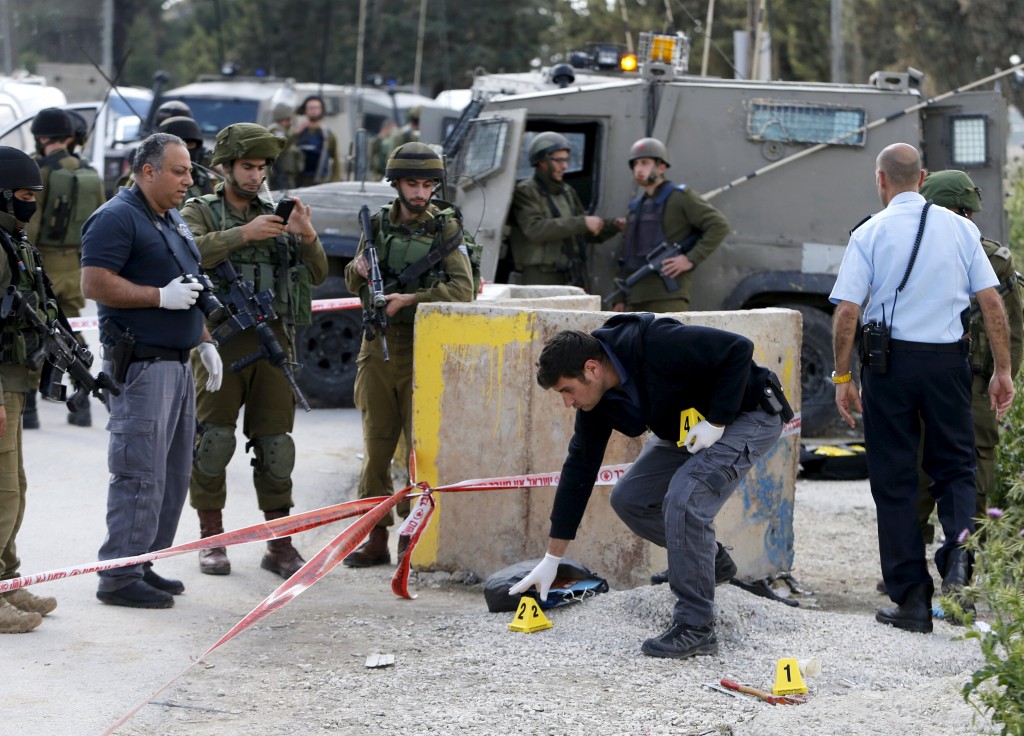 A report Thursday afternoon said that an Arab terrorist had attacked an IDF soldier with an axe in Gush Etzion. The terrorist was killed, security officials said.

The incident occurred near Al-Aroub, north of Chevron. The terrorist hit the soldier on the head with the axe, but, b’chasdei Shamayim, only lightly wounded him, since he was wearing a helmet. Soldiers who were near the terrorist immediately shot and killed him. The soldier was taken to a hospital in Yerushalayim for further treatment.

Meanwhile, security officials arrested two 12-year-old terrorists Thursday afternoon near the Old City in Yerushalayim. The two were acting in a suspicious manner, and when they were arrested, officers found three knives in their schoolbag, along with a note apparently meant for their parents in the event that they were killed carrying out the attack. Under questioning, the two said they were planning to carry out a terror attack.