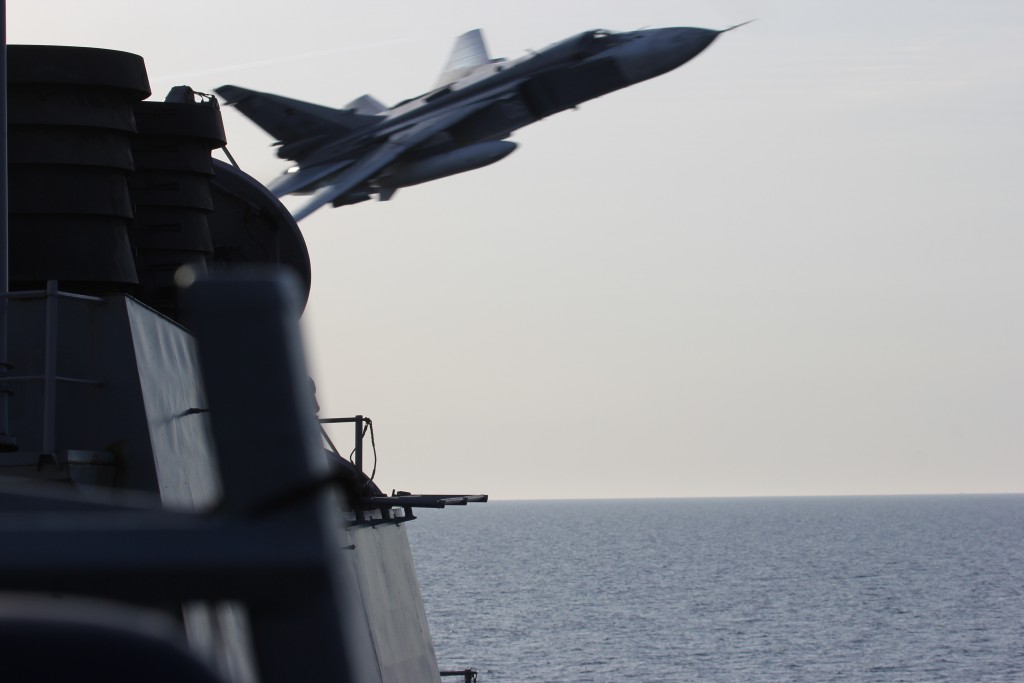 The U.S. European command has said the Russian planes buzzed multiple times on Monday and Tuesday in what the U.S. officials described as an unsafe and unprofessional manner.

Maj. Gen. Igor Konashenkov, spokesman for the Russian defense ministry, said on Thursday that the pilots of Russian Su-24 jets saw the ship and turned back “while using all measures of precaution.”

Konashenkov said he was baffled by what he described as the “distressed reaction of our American counterparts.”

The U.S. European Command statement said on Wednesday that officials are using diplomatic channels to address the matter.