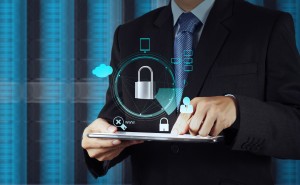 Email inboxes can hold some of our most intimate secrets — and a bill making its way through Congress could make it harder for government investigators to rifle through them.

The House Judiciary Committee this week approved a proposal that would close loopholes in a 30-year-old law that left messages stored in the cloud that have already been opened or are more than six months old available to investigators with a subpoena — as happens in most popular email services. Under the legislation, law enforcement would need to get a warrant to dig into those inboxes, which requires a higher threshold of evidence.

The bill, introduced by Reps. Kevin Yoder (R-Kan.) and Jared Polis (D-Colo.) has languished since it was first introduced three years ago, despite amassing more than 300 co-sponsors. But now that it has passed committee, it could head to the House floor for a vote.

The committee unanimously approved the legislation after it was tweaked with an amendment from Chairman Bob Goodlatte (R-Va.). The changes left the warrant requirement intact but stripped out a provision that would have required the government to tell people that their emails had been handed over due to a warrant. Technology companies could still notify targeted users after the fact unless a court issues a gag order that bars them from spilling the beans.

Privacy advocates weren’t thrilled with that change but are excited to see a warrant requirement move forward and argue that the legislation will bring regulations in line with current practices. “[The Department of Justice] and FBI policies already require law enforcement officials seeking content to obtain a search warrant and many service providers will not relinquish their users’ content without one,” said a letter supporting the legislation that was released by a coalition of civil liberties advocates and tech companies before the vote.

Many major tech companies, including Yahoo and Google, have said they require a warrant when investigators come knocking for emails — citing a 2010 federal appeals court case that said the messages should have Fourth Amendment protections.

But it’s time for the law to catch up, Polis said in a statement after the bill cleared the committee.

“Procedures to access your old email should require a warrant, just as it does for your voice mails or letters,” he said. “As a result of Congress’s failure to keep pace with technological developments, every American is at risk of having their emails warrantlessly searched by government agencies.”

And yet even with today’s progress, it remains unclear if the bill will become law this session: It’s notoriously hard to get legislative momentum during election years.