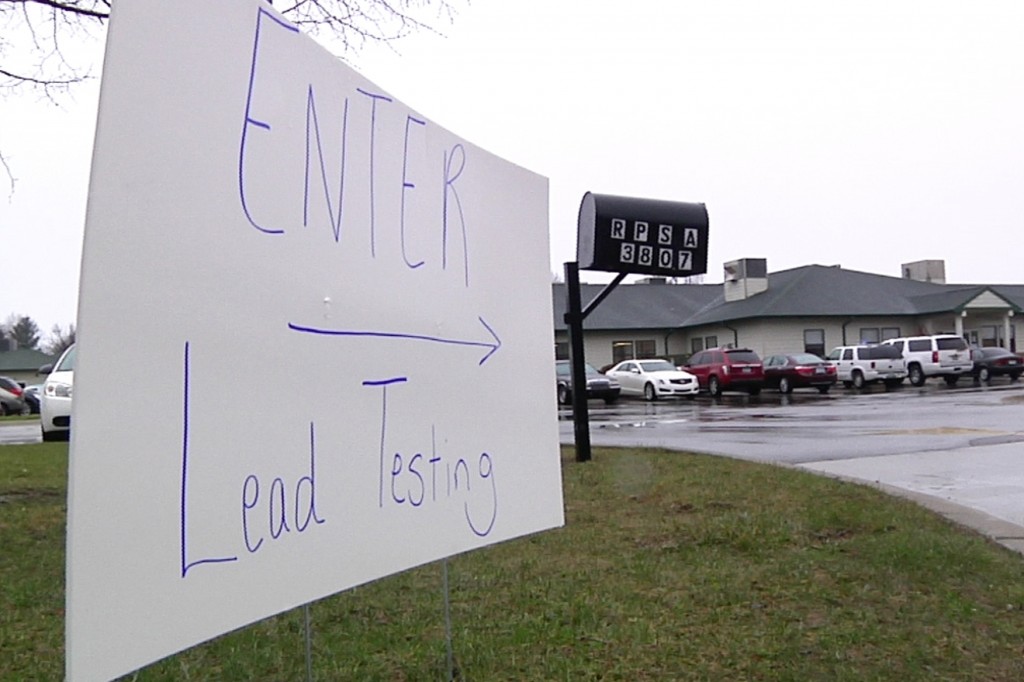 Elevated lead or copper levels have been found in the water at 19 Detroit schools, amid testing that is also going on at schools around the country in response to the lead-tainted water crisis in nearby Flint. The district says students at those schools are getting bottled water.

Detroit Public Schools began collecting water samples two weeks ago in “proactive and precautionary” testing, district spokeswoman Michelle Zdrodowski said. The district did not release specifics about the levels of lead or copper found in nearly a third of the 62 elementary-middle school buildings tested so far, but said it has notified families, is working to fix the problems.

“While additional testing is completed, DPS immediately shut off all drinking fountains in the affected schools until further notice and is providing additional bottled water for students and staff,” Zdrodowski said. She said where the result involved a prep sink in a kitchen, schools are providing meals that do not require any added water.

School officials across the U.S. are testing classroom sinks and cafeteria faucets for lead, trying to uncover problems and to reassure parents. Few schools and child-care centers are required to check for lead because most, like Detroit, receive their water from municipal systems that test at other locations. Lead is a neurotoxin that can damage child brain development, cause behavioral problems and sicken adults.

A recent analysis of Environmental Protection Agency data by The Associated Press found that among the schools and child-care centers operating their own water systems, 278 violated federal lead levels at some point during the past three years. About one-third of those had lead levels that were at least double the federal limit.

In almost all cases, the problems can be traced to aging buildings with lead pipes, older drinking fountains and water fixtures that have parts made with lead – exactly the case in the Detroit schools. In Flint, officials failed to treat the corrosive water properly when the city, which was under state financial management, began drawing its drinking water from the Flint River in 2014 to save money.

That let lead leach from old pipes into homes and businesses. About 8,000 Flint-area children under age 6 have potentially been exposed to lead, and elevated levels have been found in more than 200 children and 100 adults. From Oct. 21 to March 25, about 20,000 people of all ages were tested, state officials say.

In Detroit, an environmental consulting firm will revisit the 19 buildings through April 25 and collect additional water samples on outlets that have not been screened. The district is working on detailed mitigation plans for the schools and will share those with the Detroit Health Department to make sure all proper actions are taken, Zdrodowski added.

Screenings at middle schools and high schools are expected to start over the next two weeks.

Only about 1 of every 10 schools in the country is required to conduct lead testing, the AP review found. Those receiving their water from city-owned systems – an estimated 90,000, according to the EPA – are not required to do so by the federal government.

The inconsistent testing leaves most schoolchildren in buildings that are unchecked and vulnerable because lead particles can build up in plumbing when water goes unused for long periods. The average age of school buildings in the U.S. dates to the 1970s. It was not until 1986 that lead pipes were banned in 1986. Brass fixtures were ordered to be virtually lead-free in 2014.

State lawmakers in New Jersey and Pennsylvania recently proposed legislation that would require testing in all schools, and some members of Congress have called for more money and expanded lead sampling.

How much it will cost to fix the water issues in the financially troubled Detroit school district is not yet known. State lawmakers recently approved $48.7 million in emergency funding to keep schools open through the end of the academic year. Republican Gov. Rick Snyder also has pressed the Legislature to enact a $720 million restructuring plan that would split the district in two and pay off its operating debt.