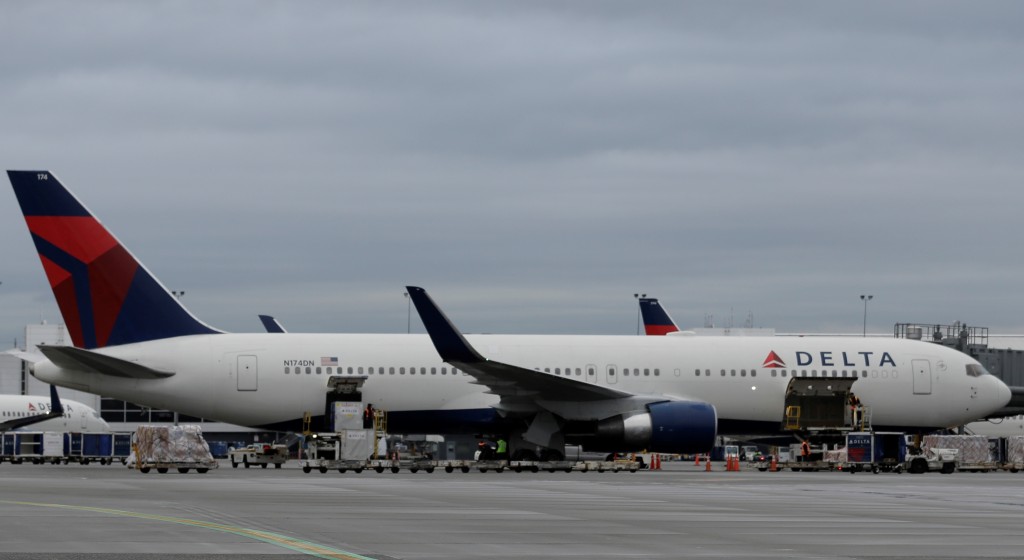 Cheaper jet fuel continues to give airlines a lift, helping Delta boost its first-quarter earnings by 27 percent to $946 million.

The airline spent one-third less on fuel than it did a year earlier, a savings of more than $700 million. That offset higher spending on labor, especially profit sharing for employees.

The news was not entirely rosy for Delta, however. Revenue dipped 1 percent as passengers continued to pay slightly less for every mile they flew. The airline predicted that the closely watched per-mile figure would decline again in the second quarter, although at a slower pace.

The airline hinted Thursday that it could reduce planned flights this fall if the revenue outlook doesn’t improve enough.

Delta is the first major U.S. airline to report first-quarter earnings. The airlines have been setting profit records thanks to falling prices for jet fuel.

There are, however, signs of turbulence ahead for the carriers.

Atlanta-based Delta Air Lines Inc., the world’s second-biggest carrier by traffic behind American Airlines, earned $200 million more than it did in the first quarter of last year.

Delta said that excluding a markdown in value for its fuel-hedging contracts and other one-time items it would have earned $1.32 per share.

That was slightly better than Wall Street expected. Fourteen analysts surveyed by FactSet had forecast $1.30 per share, and seven analysts polled by Zacks Investment Research predicted $1.29.

Revenue dipped 1 percent to $9.25 billion, just below the $9.26 billion forecast in the FactSet survey.

The first quarter is usually a weak one for airlines; attention has already turned to the second and third quarters and the upcoming summer travel season. Investors will want to see improvement in a key measurement of how much passengers pay for every mile they fly. That number shrank by 5 percent. Delta predicted it would fall by between 2.5 percent and 4.5 percent in the second quarter, compared with 2015.

Glen Hauenstein, who will become Delta’s president or second-ranking executive next month, said the airline was focused on making the revenue per mile figure positive. “We will make adjustments to our fall capacity levels if we are not making sufficient progress over the coming months,” he said.

Delta shares have risen about more than 13 percent over the past year.