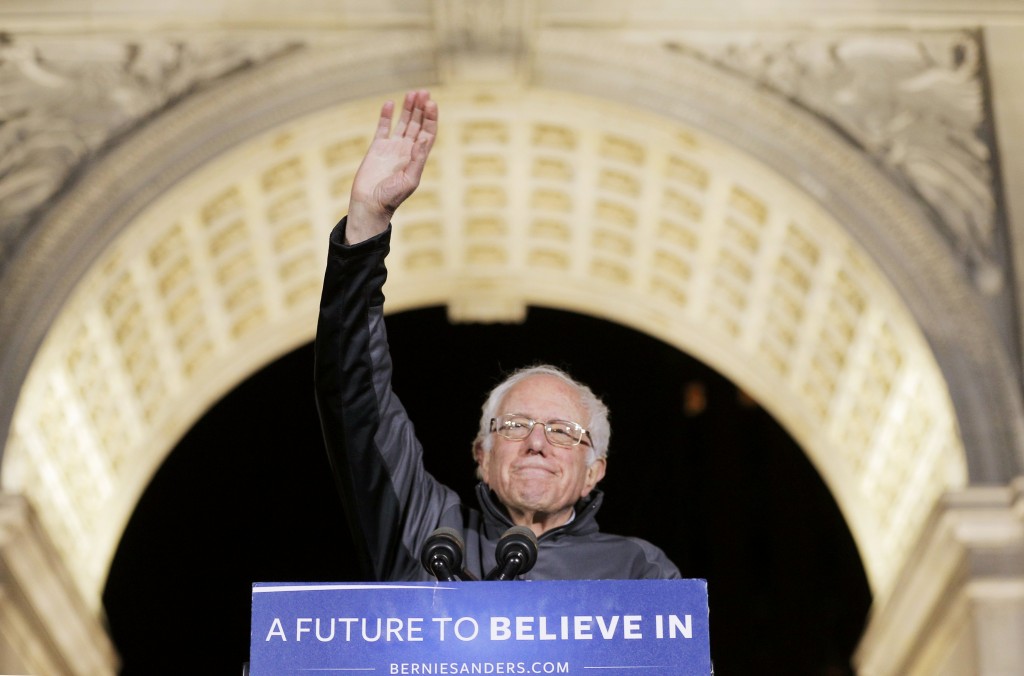 Sen. Bernie Sanders has gone further than any other Jewish candidate in a presidential campaign, but he’s not garnering much support from Jewish voters, polls indicate.

The Vermont senator’s standing among Jews has been much speculated about since his campaign started to take off late last year. But until recently, the Democratic campaign has taken place in states with too few Jewish voters to measure — or to really matter.

In Florida, for example, which has one of the country’s largest Jewish populations, Jews made up only 4 percent of the Democratic primary turnout — too small for exit polls to analyze.

Now that the campaign has moved to New York, however, which has the nation’s largest Jewish population, the numbers are in, and they’re not favorable.

That shouldn’t be terribly surprising. Both Hillary Clinton and former president Bill Clinton have long been popular among Jewish voters, and while American Jews tend to be liberal, they’re more often regular Democrats than the sorts of independents most drawn to Sanders.

On the other side, Sanders is not actively engaged in Jewish life. He has also been critical of Israel, although he lived briefly as a young man on a secular, socialist kibbutz. When asked about his faith, his responses have reflected a generalized commitment to liberal concepts of social justice as opposed to any specific link to Jewish ideals of equality.

None of that is unique to Sanders, of course — a large percentage of American Jews lead largely secular lives, and many are critical of Israel — but it may have dampened any connection that large numbers of Jewish voters might have felt toward him.

The best evidence so far comes from the Sienna College Poll, which has a long track record of surveying New York voters. It found Clinton leading Sanders among Jewish voters 60 percent to 38 percent. That’s almost as large as her lead among black voters, the poll found. Overall, she led 52 percent to 42 percent, the poll found.

African Americans make up about 20 percent of the expected turnout for the Democratic primary, the poll projected. Jews make up just over 10 percent.

The poll also indicates that Sanders’ poor showing among New York’s Jewish voters is not a reaction to recent campaign controversies.

During an interview with the editorial board of the New York Daily News on April 1, Sanders significantly exaggerated the death toll of Arab civilians in the last fighting between Israel and Palestinians in Gaza. Several Jewish groups sharply criticized him afterward.

But the poll, which was taken April 6-11, showed Sanders doing somewhat better than a survey Sienna had taken at the end of February in which he got support of 27 percent of Jewish voters.

The Sienna poll, conducted by telephone using cellphones and landlines, surveyed 538 likely Democratic primary voters and has a margin of error of plus or minus 4.5 percentage points for the full sample.