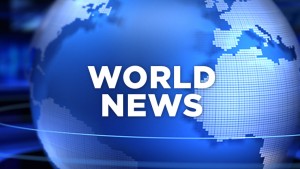 A strong earthquake struck Myanmar on Wednesday night and was felt in parts of eastern India and Bangladesh. There were no immediate reports of injuries or damage.

The magnitude-6.9 quake struck at a depth of 135 kilometers (84 miles), 396 kilometers (246 miles) north of Myanmar’s capital, Naypyidaw, according to the U.S. Geological Survey.

Residents in Myanmar’s main city of Yangon panicked after the quake struck, but authorities there said there were no immediate reports of injuries or damage.

An Associated Press journalist who was in a hospital in Yangon at the time of the quake said the seven-story building shook strongly twice, for at least a minute. Many people in the hospital, including patients, staff and visitors, ran out of the building and began calling their loved ones.

The quake, centered in the jungle and hills northwest of Mandalay, Myanmar’s second-biggest city, was felt in the eastern Indian states of Assam and West Bengal.