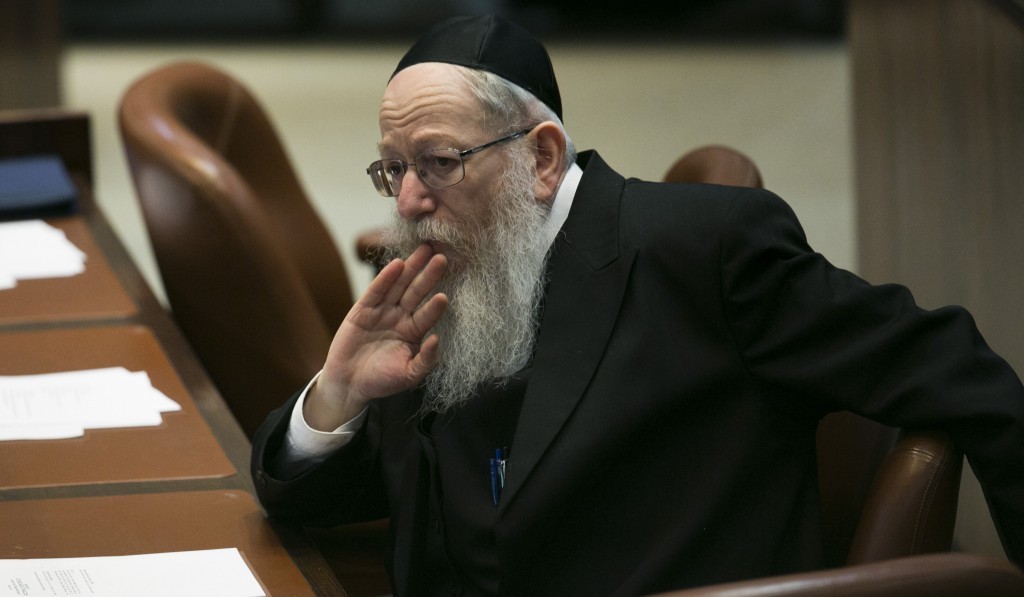 Health Minister Rabbi Yaakov Litzman on Tuesday railed against fast food – specifically pointing to fast food chain McDonald’s, which has dozens of branches in Israel – and called on Israelis to avoid such establishments, for the sake of their health. “They don’t belong in our country,” Rabbi Litzman said at a gathering of cardiologists in Tel Aviv. “I know the big companies don’t like me speaking like this, but I have a secret to tell you,” he told the crowd. “I don’t have primaries to worry about.”

The Health Minister’s comments were broadcast Tuesday evening on Channel 10.

Rabbi Litzman said that the programs his ministry has been instituting are in defiance of the powerful junk food industry, which has been pulling out all the stops in order to quash the campaign. “There are many who are trying to pressure me not to speak out, but I want to do what is best for the people of Israel,” he added.

Among the ideas the Ministry is considering to reduce the presence of junk food in Israeli homes is taxation of foods high in sugar, fat and salt, banning specific ingredients, and clearer labeling with warnings attached, such as the ones that boxes of cigarettes are required to bear.

After an outraged McDonald’s caused an uproar Tuesday night, wondering why the Health Minister referred only to their chain, Rabbi Litzman spoke Wednesday morning to Army Radio, and explained that he meant the phenomenon of fast food and junk food in general, not the specific chain, much as when referring to Coffix, he doesn’t necessarily mean that brand, but rather the general concept.