FOCUS: Female-Only Car Services Fill a Niche, But Are They Illegal? 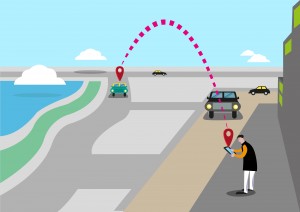 Ride-hailing companies catering exclusively to women are cropping up and raising thorny legal questions, namely: Are they discriminatory?

In Massachusetts, Chariot for Women is promising to launch a service featuring female drivers picking up only women and children. Drivers will even have to say a “safe word” before a ride starts.

Michael Pelletz, a former Uber driver, said he started the company with his wife, Kelly, in response to instances of drivers for ride-hailing services charged with harming female passengers. Pelletz believes his business plan is legal, and he’s prepared to make his case in court, if it comes to that.

“We believe that giving women and their loved ones peace of mind is not only a public policy imperative, but serves an essential social interest,” Pelletz said. “Our service is intended to protect these fundamental liberties.”

In New York City, the owners of SheRides are also promising a reboot this summer.

Fernando Mateo, who co-founded the company with his wife, Stella, said the company put the brakes on its planned launch in 2014 after spending “tens of thousands” on legal fees as activists and male drivers threatened to sue. The company settled one challenge, he said.

“We were accused of all sorts of things,” Mateo said. “So we went back to the drawing board.”

While taxis driven by and for women are common in Dubai and India, such businesses would likely run afoul of anti-discrimination laws in the U.S., industry and legal experts said.

Major ride-hailing companies Uber and Lyft don’t give users the option of requesting a driver based on gender. The Taxicab, Limousine & Paratransit Association, a trade group, says companies vary on whether women may request a female taxi driver.

“The safety issue is a really big deal,” said Rosabeth Moss Kanter, a professor at the Harvard Business School. “But you just can’t discriminate. You can’t turn people away.”

On the employment side, the federal Civil Rights Act bans gender-based hiring except when deemed essential.

For example, prisons have been permitted to hire female guards in select situations, but the airline industry was famously ordered to end the practice of hiring only women as flight attendants in a 1971 U.S. Supreme Court ruling.

Whether the 1964 civil rights law applies is also an open question. The U.S. Equal Employment Opportunity Commission, which enforces the law, declined to comment on the legality of women-only ride-hailing services.

But spokeswoman Justine Lisser noted employers whose workers are independent contractors, as is the case with Mateo and Pelletz’s companies, are generally outside the agency’s purview.

On the consumer side, Massachusetts and many other states have anti-gender discrimination laws governing “public accommodations” like transportation services.

But those too, have exceptions. In Massachusetts, for example, women’s-only gyms won a special legislative carve-out in 1998.

Michelle Sicard, a Granby, Massachusetts, resident who recently signed up as a Chariot for Women driver, said she isn’t concerned about the legal debate.

But Harry Campbell, an Uber and Lyft driver in Los Angeles who runs a blog and podcast about ridesharing, fears the idea could be a “slippery slope” to other forms of discrimination.

Stronger background checks on drivers and regular monitoring of current ones might be a better approach, he suggested.

“There are likely passengers who would feel more comfortable with drivers who are the same race or same ethnicity, so where do we draw the line?” Campbell said.

Female ride-hailing users in the Boston area interviewed by The Associated Press had mixed feelings.

Carolina Quintanilla, a 22-year-old from Boston, said she’d consider using the service at night. But even then, she said, there’s no guarantee of safety.

“There are crazy women out there, too,” Quintanilla said. “You never really know nobody’s intentions. You have to trust your instincts.”