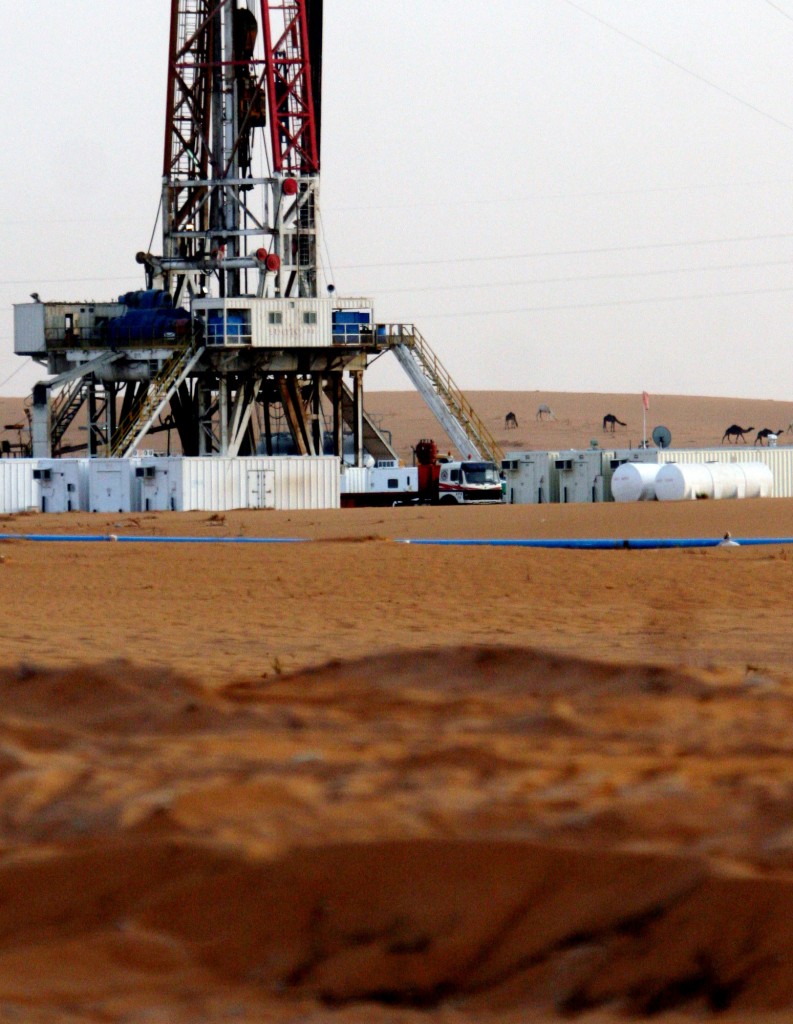 Saudi Arabia suffered another credit ratings downgrade on Tuesday after Fitch lowered its view on the oil-rich kingdom in light of the fall in energy prices.

In a note, Fitch said it was reducing its rating on Saudi Arabia by one notch to AA- from AA and warned that another downgrade was more likely than an upward revision by keeping its outlook on the country at “negative.” Fitch’s move follows a downgrade earlier this year from rival Standard & Poor’s.

Fitch said the downgrade is largely due to its decision to cut its average oil price assumptions for this year and next to $35 a barrel and $45 a barrel. The benchmark New York crude oil rate is currently trading around $40 a barrel. Though that’s more than $10 a barrel higher than where it was trading earlier this year, it’s still way down on the $100 a barrel seen in the summer of 2014.

Oil prices have fallen sharply over the past two years on a combination of factors, including worries over the state of the global economy in light of the slowdown in China. Saudi Arabia’s decision to maintain production levels even in the face of lower oil prices has also weighed on oil prices. Though lower oil prices hurt Saudi Arabia’s immediate revenue stream, they also stand to drive many U.S. shale gas producers to the wall.

According to Fitch, the anticipated low oil price environment will have “major negative implications” for Saudi Arabia’s financial position.

Fitch expects a large chunk of Saudi Arabia’s financing needs to be funded by the sale of foreign financial assets as well as by the issuance of debt domestically and abroad — the country is in negotiations on a syndicated loan of up to $10 billion and is planning a bond issue in Europe, too. As a result, Fitch expects Saudi Arabia’s general government debt to GDP ratio to rise to 9.4 percent in 2017 from just 1.5 percent in 2014 — still low when compared with peers.

Domestically, Saudi Arabia is having to be more careful with its cash. Utility and gas prices have been hiked for example, as have some taxes.

Fitch also cautioned about the geopolitical risks facing Saudi Arabia, which it says are “high relative” to other countries rated around the AA mark. It noted that tensions have risen between Saudi Arabia and long-standing regional rival Iran.